I sat on the steps of Liverpool’s St George’s Hall on Monday and let my mind drift back half a century.

To a Sunday afternoon in 1971, when I stood with a quarter of a million people to hear Liverpool manager Bill Shankly tell us from those same steps, alongside his team who had lost the previous day’s FA Cup Final, that he and his men were “privileged” to play for us. As the cheering shook the street’s tarmac he promised they would be back to reward our loyalty by standing in front of us soon with the Cup. Which they did.

Shankly made this 13-year-old feel 10ft tall knowing I belonged to something bigger than a football team.

That sense of communal pride was deepened four years later when I met the great man and he told me that football was a true socialist game because it was all about everyone working together and sharing the rewards.

On Monday, as Liverpool confirmed themselves as one of six clubs who had chosen to turn their back on the English game to make their wealthy owners even wealthier, I looked at where Shankly had stood in 1971 and wondered where it had all gone wrong.

The answer didn’t take long to work out. It was there in the email I’d received two days earlier from a British Gas engineer who’d been sacked after 30 years for the crime of wanting to protect his family’s standard of living. “This is down to the British people allowing companies they used to own to treat people like dirt so they can reward foreign hedge funds,” he said.

It was written on the disbelieving faces of ­dedicated NHS staff who had turned up in Covid-ravaged hospitals day after day despite being physically and mentally wrecked, only for this government to reward them with an effective pay cut.

The same mafia that gave billions that should have gone to the NHS to their friends for sub-standard testing and PPE, without fear of reprisal.

The answer was in the multinational tech firms who screw billions from us, stealing content and decimating high streets but paying next to no tax, because politicians are afraid to stand up to them. The theft of football by a rich cabal is a microcosm of how this country fell for a Thatcherite myth that if you turn a blind eye to rigged ­financial markets and global exploitation and free the “wealth ­creators” riches will trickle down to the bottom.

As record numbers of foodbank users and zero-hours workers can testify, that didn’t happen.

The millionaires just became billionaires and the majority of people saw their job security vanish, their community devastated and their identity diminished as they were made to pay more for vital services they used to own and, due to unions being neutered, had less power to fight back.

If you believe that then you’re part of the problem because you probably put him in power.

And you probably believe that this week’s enforced truce by the Greedy Six is the last football will hear from the vulture capitalists. 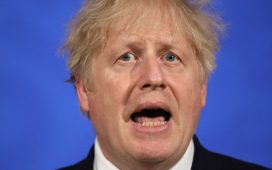 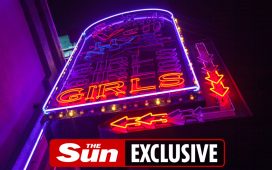 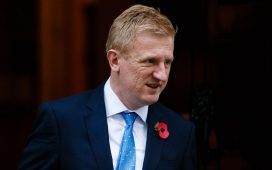 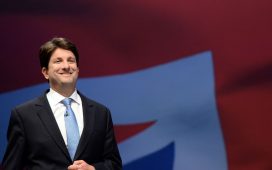 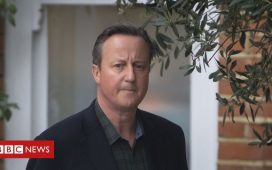