Borussia Dortmund captain Marco Reus tapped in an 85th minute winner to give his team a 2-1 victory over visitors VfB Stuttgart on Saturday and close to within a point of leaders Bayern Munich.

The result gave coach Marco Rose a club record with seven home wins from seven home league matches since taking over this season.

Dortmund move up to 27 points from 12 games, one behind Bayern, who slumped to a 2-1 loss at Augsburg on Friday.

Stuttgart were compact from the start and Dortmund struggled to carve out many clear chances, though Reus and Malen did come close.

It was the visitors, however, who had the best chance in the first half, with Dortmund goalkeeper Gregor Kobel pulling off a sensational save to palm Tanguy Coulibaly’s 38th-minute volley wide.

Malen, under pressure to deliver in the Bundesliga after joining for €30m from PSV Eindhoven this season, put the hosts in the driving seat with a deflected effort but it only lasted seven minutes.

Stuttgart quickly bounced back, with Roberto Massimo latching onto a through ball, shaking off two markers and beating Kobel for the equaliser.

The hosts, pushing forward for the winner, struck on a quick break, with Reus launching the move and then finishing it from close range on the rebound after Stuttgart keeper Florian Mueller had stopped Thorgan Hazard’s shot.

Lionel Messi scored his first Ligue 1 goal as Paris St Germain opened a 13-point lead in Ligue 1 despite playing almost half an hour with 10 men in a 3-1 home win against Nantes on Saturday.

Messi found the net with a curled left-footed effort from outside the box three minutes from time, adding to Dennis Appiah’s own goal after Randal Kolo Muani had cancelled out Kylian Mbappé’s first-half opener.

Messi has scored three goals in the Champions League since joining from Barcelona during the close season but had not scored in his five previous appearances in Ligue 1.

In Spain Atlético Madrid’s Brazilian defender Felipe headed a late goal to claim a 1-0 home win against Osasuna. Osasuna’ five-man defence held out until the 87th minute when Yannick Carrasco delivered a perfect cross from the left and Felipe jumped between two defenders to head into the net.

“It’s an unforgettable night. It was a long time since I scored and it is very special for me,” Felipe told reporters. “We worked really hard not to suffer because suffering is part of Atlético’s history. We talked all week trying to correct some mistakes but it was a very complicated game.”

In Serie A, Juventus defender Leonardo Bonucci scored a penalty in each half to earn his side a 2-0 win over Lazio on Saturday that lifted the Turin club into sixth place in Serie A and ended their opponents’ 19-match unbeaten home run.

The Italy international converted from the spot midway through the first half after the referee judged that Danilo Cataldi had tripped Alvaro Morata following a pitchside VAR review. Lazio goalkeeper Pepe Reina then clumsily brought down Federico Chiesa with seven minutes remaining to hand Bonucci a second penalty kick.

Atalanta moved up to fourth with a 5-2 victory over Spezia. M’Bala Nzola gave the visitors the lead in Bergamo but goals from Mario Pasalic (with two), Duvan Zapata, Luis Muriel and Ruslan Malinovsky gave the home side a comfortable cushion before Nzola added another for the visitors. 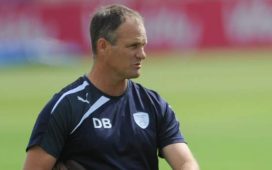 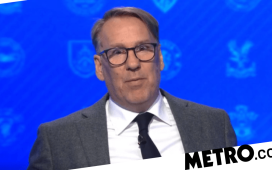