Borussia Dortmund had to come from behind to rescue a 1-1 home draw against struggling Mainz 05 on Saturday that kept them in fourth place in the Bundesliga, four points off the top.

Dortmund, who missed a late penalty, wasted a slew of chances while Jude Bellingham also hit the woodwork. Mainz then struck with their first chance after the break as Levin Öztunalı picked up the ball in midfield, beat one defender and released an unstoppable left-footed missile from 25 metres out.

Mainz later hit the post before Thomas Meunier levelled in the 73rd minute with his first Dortmund goal. The Belgian defender also earned a penalty a minute later but Marco Reus fired it low and wide, spurning their best chance to win the game.

RB Leipzig missed the chance to go top after drawing 2-2 at VfL Wolfsburg. Nordi Mukiele put the visitors ahead after five minutes but Wout Weghorst drew Wolfsburg level when he headed in his 11th goal of the season.

The home side took the lead when Renato Steffen’s shot went in via a deflection from Willi Orban, but the defender made amends when he tapped-in Amadou Haidara’s rebound nine minutes from time to earn his side a draw. The result left Leipzig one point behind leaders Bayern Munich, who play Freiburg tomorrow.

Werder Bremen beat Augsburg 2-0, while a last-gasp Silas Wamangituka penalty rescued a point for Borussia Mönchengladbach at Stuttgart. The games between Cologne and Hertha Berlin and Hoffenheim and Arminia Bielefeld both finished goalless.

A late goal from Darío Benedetto wasn’t enough to stop Marseille losing 2-1 at home to Nîmes. Florian Thauvin missed a penalty for the hosts in the 35th minute, before Swedish midfielder Niclas Eliasson struck twice in quick succession in the second half.

In Serie A, Bologna claimed their first league victory since November thanks to Riccardo Orsolini, whose penalty secured a 1-0 win over Verona, while struggling Torino could only manage a 0-0 draw at home with Spezia. 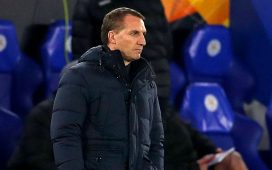 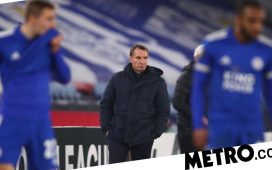 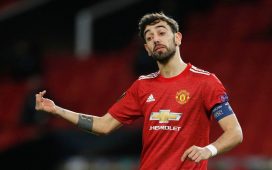 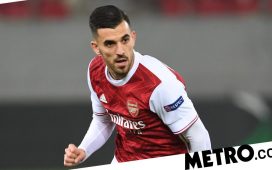