SICKLY Europe will have to stay in lockdown while Britain breaks free – with EU leaders publicly turning on Brussels over its bungled vaccine rollout.

The bloc’s PMs and presidents will admit during a video call on Thursday that the pandemic there is too “serious” to start lifting restrictions.

And they will call for a ban on non-essential travel from outside the bloc to be kept in place, dealing a blow to Brits’ holiday hopes.

EU chiefs have been alarmed by stubbornly high infections across most of the continent while their botched vaccines drive stutters.

Their efforts are being blighted by low take up of the AstraZeneca jab after French and German politicians spread misinformation about its efficacy.

Amid growing anger Hungary’s PM ripped into Brussels saying it was a “bad decision” to put eurocrats in charge of buying doses.

Viktor Orban fumed: “Brussels is following its own logic. They don’t have a strong enough sense of the importance of speed.

“We’ve sought to do something together that we could have managed more successfully on an individual basis – take a look at Britain.”

Greece also voiced fears the dire situation in Europe is endangering plans to welcome back holidaymakers this summer.

He fumed: “Looking at the reaction of some countries to vaccination certificate proposals, I feel there’s a lot of short-sightedness.”

Eurocrats will come under fire on Thursday when EU leaders hold a video call on the “lessons learned” from their botched rollout.

“We must therefore uphold tight restrictions while stepping up efforts to accelerate the provision of vaccines.

“For the time being, non-essential travel needs to be restricted.”

They add: “We need to accelerate the authorisation, production and distribution of vaccines, as well as vaccination, in the weeks and months to come.”

In Germany ministers are planning to press ahead with a partial reopening of schools despite rising infections.

Health Minister Jens Spahn said the resurgence of the virus is “annoying the heck out of everybody”.

The country, which has a population of 83 million, has jabbed just five million people to date.

Overall the EU has only vaccinated 6% of its population, while the UK has reached 27%.

That means in Britain 18.3 million people have now received at least one dose.

That compares with just 27.2 million across the whole of the EU, which has a population seven times larger.

Brussels’ jabs drive is being blighted by low take up of the AZ jab, with widespread reports that Europeans are turning it down.

Emmanuel Macron claimed the dose is only “quasi-effective” for over-65s, while German officials briefed its efficacy in the elderly was just 8%.

Both claims have since turned out to be false, with real world data showing the jab offers high levels of protection for all age groups.

Berlin has now launched a publicity blitz to try and convince people the jab is safe, over fears it won’t be able to shift millions of doses.

The EU’s efforts to vaccinate its population have been hampered by a botched central buying scheme and sluggish rollout in Member States.

Critics say Brussels, which was put in charge of procuring jabs for the whole continent, was too slow to sign contracts with drugs companies.

While eurocrats haggled over price, Britain swiftly sewed up deals for tens of millions of doses.

Europe has also been hit by supply problems – especially for the AZ jab – that has stoked tensions with pharma firms.

Eurocrats even gave themselves powers to ban exports of doses from the bloc, but they’ve held off using them after a fierce backlash.

It comes after the PM yesterday announced his four-step roadmap to getting England out of lockdown by mid-summer.

Under the plan all schools will return on March 8, and rules will be relaxed to allow two people to meet outside for a coffee or picnic.

Then on March 29 outdoor gatherings will be extended to two entire households or the rule of six, and the stay at home order will be scrapped.

Shops, beauty parlours, gyms, and theme parks are set to reopen on April 12, and pubs and restaurants will be able to serve again but only outside.

On May 17 most restrictions on mixing outdoors will be lifted with up to 30 people allowed to gather, and football stadiums will reopen with limited capacity.

Pubs and restaurants will also be able to serve indoors from that date, and international holidays could resume.

Finally, on 21 June the remaining restrictions are set to be axed meaning large venues like nightclubs and business conferences can reopen. 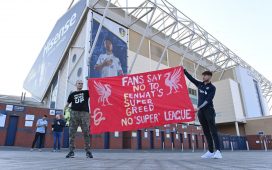 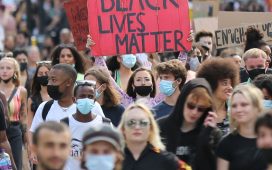 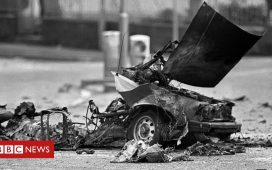 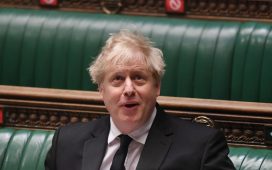