11.55pm: There were some big teams to miss out on the last 16 last night though as Leicester, flying high in the Premier League, fell to Slavia Prague.

Brendan Rodgers’ wretched European record continued as the Foxes lost 2-0 at the King Power Stadium to crash out.

Elsewhere Napoli fell to Granada, Bayer Leverkusen lost to Young Boys and PSV Eindhoven were dumped out by Olympiakos.

How we got here

11.45am: United, Arsenal, Spurs and Rangers were all in action last night to book their spots in today’s draw.

United drew 0-0 at home to Real Sociedad but cruised through thanks to a 4-0 away win in the first leg, while Spurs also won handsomely, a 4-0 win adding to a 4-1 first-leg victory.

It wasn’t quite as simple for Arsenal, who needed an 87th minute winner from Pierre-Emerick Aubameyang to get through.

The Gunners came from 2-1 down to win 3-2 on the night and progress 4-3 on aggregate, knowing this is their only chance for Champions League football next term.

Rangers came through a topsy-turvy tie and won 5-2 against Antwerp last night at Ibrox to secure a 9-5 win across the 180 minutes.

Steven Gerrard’s Gers – who are on the cusp of winning the Scottish Premiership – are unbeaten in Europe this term.

11.30am: So then, let’s look at the teams who will be pulled out of the pot this afternoon. Here’s all the possible opponents for the four British teams.

There’s no seeding or country protection any more, meaning we could get ties such as a north London derby between Arsenal and Spurs and a clash between United and Rangers.

11.30am: Good morning and welcome to Express Sport’s live coverage of the Europa League last 16 draw.

We’re around half-an-hour away from the draw – although it’s unlikely the procedure will actually be conducted until at least 12.15pm or so.

You know what UEFA are like, they love to drag it out. You can bet they will again today.

Other notable teams in there include Ajax, AC Milan, Roma and Villarreal. 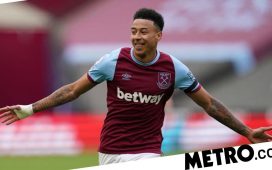 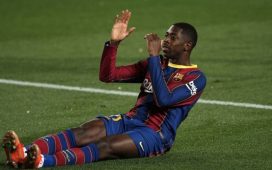 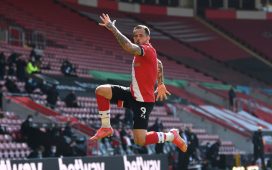