There was quite a bit of relief in the Netherlands when the Euros were postponed because of the pandemic. It meant Memphis Depay could properly recover from his cruciate ligament injury and get in shape for the rescheduled tournament. But things got worse, not better as the captain, Virgil van Dijk, suffered his own serious knee injury and Ronald Koeman, who had coached the team to their first major tournament since 2014, left for Barcelona.

The loss of Van Dijk is a huge blow, as a player and as a leader. In addition, Daley Blind has suffered an ankle injury and has not played much in the past two months. It is fair to say Koeman’s replacement, Frank de Boer, has a lot to do, including convincing the fanbase he is the right man for the job.

The Dutch were not always in mind-blowing form during the qualifiers, especially against Estonia, Belarus and Northern Ireland, but then they beat Germany 4-2 away to ignite belief in the squad. Koeman’s Netherlands had shown versatility, determination and the power to fight back, as Germany found out that night in Hamburg.

The backbone of the team was strong, with Van Dijk, Matthijs De Ligt, Frenkie de Jong, Marten de Roon, Georginio Wijnaldum and Memphis Depay. They were mainly playing in a 4-2-1-3 but a 5-3-2 (or 3-5-2) was also used. At Euro 2020, De Boer expects his players to be able to switch formation during games. “It’s not new to them to do that, some of them have done that at their clubs,” he says.

Koeman said before he left that the Netherlands are not among the favourites to win the tournament and De Boer echoed that recently: “We are between the fourth and eighth [strongest team]. We are good enough to reach the semi-final, but of course we aim to win the tournament. A good atmosphere and a strong self-belief is vital.”

Depay, for once, has a good feeling about the direction the Oranje are moving in. “I can say one thing about this group: it’s honest. We can really tell each other everything and that is what we do. We must continue to correct and stimulate each other.”

Maybe it was written in the stars that Frank de Boer would lead the Netherlands in a home Euros. He has done it once before, after all. In 2000, De Boer captained a strong Dutch side, leading them to the semi-finals. It went horribly wrong in the last four, though, De Boer missing two penalties, one in normal time and one in the shootout, in the defeat to Italy. He failed as a manager at Inter and Crystal Palace – lasting just 77 days in south London, resulting in José Mourinho branding him the “worst manager in the history of the Premier League”. De Boer responded later: “He can say that because it was a really bad record, of course… [But] I think karma always strikes back.” He struggled at Atlanta, too, having to apologise at one point for calling their fans “spoiled”, and took the Netherlands job in September last year. He definitely has a point to prove this summer. In 2008 his wife, Helen, opened a furniture and interior design store in Edam; Frank has been known to do deliveries.

Frenkie de Jong. There are many reasons De Jong is such a hit in the Netherlands: his surname, the constant smile on his face and, most important, his adventurous and daring style of play. Whereas almost every other player is named by their surname, commentators often say just “Frenkie”. De Jong is a very common Dutch name but Frenkie is not a very common player. In a way he resembles Johan Cruyff: the way he dribbles and the solutions he comes up with; the risks he takes and the confidence he plays with. He is extravagant in his normality, with no proclivity for tattoos or expensive cars. Pretty much the whole country adores him.

Wout Weghorst has developed into a top striker in the Bundesliga and Jurriën Timber had a great breakthrough season at Ajax. Others will want to use the stage of the Euros to secure a big transfer. Depay is fully fit, in great form and wants to get back into one of Europe’s top leagues. Denzel Dumfries, Steven Berghuis and Donyell Malen all want to move on from the Eredivisie.

Viva Hollandia by Wolter Kroes. The lyrics may be desperately poor but the song has a catchy, cheerful chorus. It is a cover of Viva Colonia, which is sung during carnival in Cologne. Viva Hollandia was a big hit during Euro 2008, driven by the team’s impressive results in the group stage. At subsequent tournaments new versions were developed. With the Netherlands on the big stage again after seven years, the updated chorus (“We are there again and that is fiiiiiiiine”) fits perfectly for the occasion.

“Het is stroperig, we komen er niet doorheen, het is teveel breien, het moet opportunistischer” – Too much horizontal play, we’re not getting through, too much knitting, we need to play more opportunistic.

Weghorst caused a stir during a German TV broadcast when he was confronted with two Instagram posts he made in December. The Wolfsburg striker had questioned coronavirus policy, citing controversial doctor and conspiracy thinker Christiane Northrup. The commotion led to Weghorst publicly apologising.

For a player profile of Memphis Depay click here. 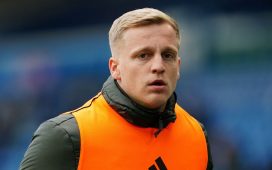 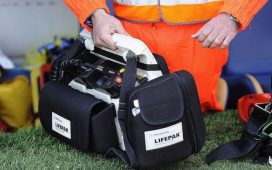 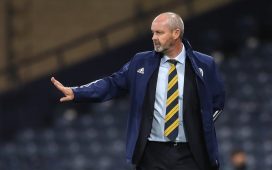 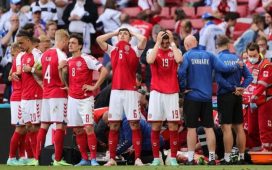 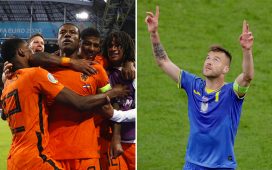