Gareth Southgate confirmed Ben White as likely the final piece to his England squad after losing Trent Alexander-Arnold to injury with the Brighton defender providing cover for Harry Maguire, who is contending with an injury just days out from the start of Euro 2020.

The Three Lions are now finalising preparation for the opener on Sunday against Croatia, while fellow Group D opponents Scotland will face Czech Republic on Monday.

Wales will be the first of the home nations to play in Euro 2020 when they kick off against Switzerland on Saturday.

Southgate must now finalise his line-up against the World Cup finalists after losing the Liverpool star last Thursday after sustaining an injury in the 1-0 friendly victory over Austria on Wednesday.

England emerged 1-0 winners again on Sunday against Romania, courtesy of a Marcus Rashford penalty, and now Southgate has opted for the Brighton star in place of Alexander-Arnold, perhaps hinting at Harry Maguire’s injury status.

“Absolutely,” Southgate said when asked if he wants to see a defensive improvement from the Three Lions. “I didn’t like us without the ball in the first half but that was the whole team. That started from the front.

“We weren’t disciplined in the way we defended. Our recovery runs were not good enough. It meant that the midfield was stretched the back players had too many decisions to make. They were having to come in spaces where they shouldn’t have needed to be.

“Without doubt we can improve on that. I have also got to allow the team that played the reality that we had made a lot of changes and had to preserve some players and give others minutes that they needed.

“There is a lot of work to be done on the training ground as without a doubt we cannot give up the number of chances we did today and not expect to be punished.”

Staying in the French camp, head coach Didier Deschamps spoke briefly on the future of star player Kylian Mbappe, who has been linked with a move to Real Madrid from PSG.

However, Deschamps believes Mbappe’s head is in the right place going into Euro 2020.

“Kylian has been clear on this point. He is here, he knows why he is here, he is with the France national team.

“He will have a decision to make and he will take it whenever he wants. For the moment, he is still under contract with PSG and he is supposed to be there for next season.

“After that, I do not know if he is in total control, but in any case, he has felt peace and serenity with us and is focused on where we are together with the France team.”

Spurs and France goalkeeper Hugo Lloris spoke of the national team’s closeness as they prepare for their run at the European Championship.

“Things are clear from the start. As I said before, 23 or 26 players does not matter. We really consider ourselves a group of 26 players, even if there will only be 23 on the team sheet for a Euro 2020 match.

“We will live this adventure with the 26 players and all the coaching staff of the France national team. We feel every day that the competition is approaching, that there is something in the air, and we want to live this experience together.”

France, the reigning world champions, were beaten in the Euro 2016 final by Portugal, and the two teams meet in Group F along with Germany and Hungary.

“One of the main factors I got with Gareth Southgate was he likes to make sure there’s a really good culture within the group,” 42-cap striker Danny Welbeck said of the England manager.

It is a term that is referenced with increasing regularity within the sporting world, one often ignored or dismissed by critics – but for Southgate, the key component of his management style is the importance of implementing a strong working culture.

Head coach Roberto Martinez took his side to the semi-finals of the 2018 World Cup and the squad have been labelled a ‘Golden Generation’ thanks to an abundance of superstars.

However, it’s also an ageing group now and the second oldest at the tournament behind only Sweden, with an average age of 29.1.

“It’s a team full of good players,” Mourinho told talkSPORT. “If you look at [Eden] Hazard of one year ago, before this incredible run of injuries, he would be one of the best players in Europe.

“In this moment I would say Kevin De Bruyne emerged as a fantastic player and [Youri] Tielemans I believe his evolution has been really, really good since he came to the Premier League.

Ben White was released by Southampton when he was 16 and never played for England at any age group until he call-up for the friendlies against Austria and Romania last week.

“Everyone has their own route and I am sure Ben’s family will be very proud at what has happened this week, as we are at Brighton.”

White was called up to replace the injured Trent Alexander-Arnold in Gareth Southgate’s 26-man England squad.

Six days until England kick off their Euro 2020 campaign…

Chelsea striker Timo Werner and Leroy Sane added their names to the scoresheet in the second half.

Germany face world champions France in their opening Group F fixture on 15 June. Portugal and Hungary are also in the group.

New look for Southgate at Euro 2021

Ultimately, whatever Gareth Southgate wears on the touchline is irrelevant, but is football going to come home if not welcomed by a man in a lightweight three piece grey suit?

Southgate’s three piece suit in 2018 became iconic as England romped to the semi-finals, but he has made the decision to change his appearance for 2021.

Rashford ‘mentally ready’ for Euro 2020 after phone call with Southgate

Rashford has played through the pain barrier this past year, clocking up 57 appearances at club level alone since the start of the season, despite carrying a foot injury during the final months of the campaign. 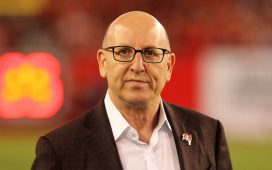 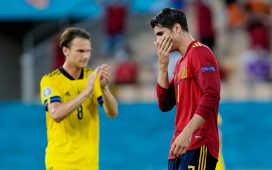 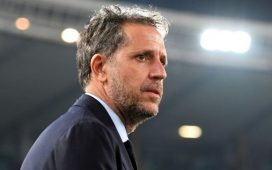