England have confirmed their initial 33-man squad for Euro 2020. with Gareth Southgate yet to make several difficult final calls for this summer’s tournament.

There is a degree of experimentation with uncapped quartet Ben White, Ben Godfrey, Sam Johnstone and Aaron Ramsdale, who have all picked up their first Three Lions call-ups.

While Trent Alexander-Arnold remains in contention despite speculation to the contrary, with the Liverpool star among four right-backs, though he could still be cut as part of the final trim to 26 before before Uefa’s cut-off of 1 June.

The main headache for Southgate continues to be injuries to key players, with doubts over Harry Maguire, Jordan Henderson and Kalvin Phillips, but all make it to the initial 33, but there is no luck for Burnley goalkeeper Nick Pope, who misses out completely after surgery on his knee.

Follow all the latest reaction and analysis with more fallout from Southgate’s initial squad, plus attention turns to the Manchester United players included in the squad and their involvement in the Europa League final tonight against Villarreal, plus build-up to the all-English Champions League final this Saturday between Manchester City and Chelsea.

Key England dates ahead of Euro 2020

“With this squad we’ve got some young players who if they’re with us for one week or five weeks, it’s going to be a brilliant experience for them,” the Three Lions boss said.

“They’re [Godfrey and White] both exciting young defenders and there are others that we also like – Ezri Konsa has had a good season at Aston Villa, Fikayo [Tomori] has done well at Milan – and these two are really flexible and can play in different roles as well.

“This is a great opportunity for us to get to know them a bit better and for them to work with the team. It works for everybody and there’s no knowing how long they’ll be with us at this stage but it should be a fantastic experience for them.”

“I think our situation is more complicated than any other country’s at the moment,” he said, following Tuesday’s announcement at St. George’s Park.

“We’ve known for a little while that, of this 33, we’ve got 12 players still to play in European Finals this week, so we were always going to need some additional players for the first part of our camp.

“Adding to that, we have a couple of injuries which are at different stages and some of which we have very little information about.

“A couple are back into training or matches in Jordan [Henderson] or Jack Grealish, but not training consistently or with the team so we felt that more time would be in our interest.

“I’ve always said my preference would be to name the squad as a clean 26, as we were able to do for Russia when we had standby players who knew their role, which is always a preferable situation.

“We’re going to be away for a long period of time and we’re going to have 26 players for 23 places on a matchday, so it’s a real test for the whole group on putting the team and England first.

“Everybody will have their moment, a special moment when things might go their way, but we’re a collective and right from the first day we report that’s part of the journey.

“But we’ve not got an ideal hand of cards this time, there are a lot of unknowns and evidence is really important when you’re making a decision. Over the next seven days, we’re hoping we can make the best decision we can.”

European Championships as captain and coach

There have only been seven men to lead their nations at the finals as both captains and coaches:

Mancini on contract extension with Italy

“I am really happy and I thank the President, it’s a great moment,” Mancini said.

“We have extended our deal. We will play in many competitions, it won’t be easy to win. We are trying to bring forward the project we have began three years ago.

“There are many young players and we hope we will soon reap the rewards of our work. We’ll need some luck in some moments, we will want to have our say at the Euros.”

Belgium boss Martinez not a candidate for Spurs job

The Spaniard, who has managed Wigan and Everton in the Premier League was said to be on the club’s shortlist to replace Jose Mourinho.

However, it is understood there are no plans for talks between the two parties and he is not currently considered a candidate.

The 47-year-old is preparing to lead to the Red Devils into the European Championship, aiming to win silverware with a generational squad of players.

Belgium are top of the world rankings but have yet to produce on the biggest stage having been knocked out in the quarter-finals at Euro 2016 before finishing third at the 2018 World Cup. 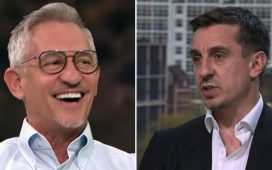 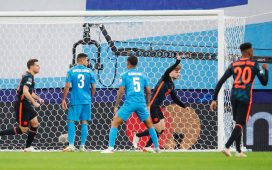 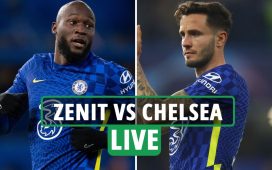 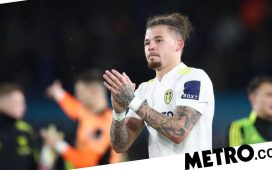 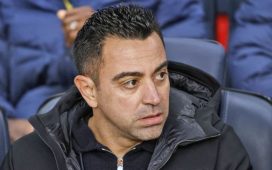 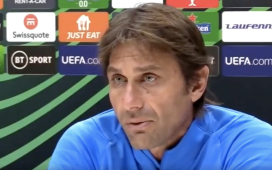