FRANCE is under mounting pressure from other European states who want to let Michel Barnier drop the EU’s hardline fishing demands.

Paris has infuriated fellow capitals by standing firm on its insistence the bloc must secure status quo terms.

The row erupted after a meeting of EU envoys this week, with representatives from non-coastal states warning Brussels is being “too strict”.

They’re ready to accept we’ll take back control of our waters, and want to use a £4.6bn emergency fund to compensate European fishermen.

One EU diplomat said: “We know our position is totally unrealistic, but so is the British one.

“We need to get to the point where there’s a more mature dialogue. It’s not that complicated.”

Another added: “The EU will have to soften its position. We should not just limit ourselves to the interests of a few states.”

A British official said: “We’ve been clear we won’t accept any proposals which compromise UK sovereignty over our fishing waters.

“In order to make progress, the EU must accept our position as an independent coastal state and any agreement on quotas must reflect that reality.

“We remain committed to working hard to reach an agreement by the middle of October.”

Hotheaded France has already been told to pipe down after it called for immediate legal action against the UK over changes to the Irish border fix.

And Brussels chief Ursula von der Leyen appealed for “responsibility” on all sides to help find a deal.

She said: “Our economies, on both sides of the Channel, are severely affected by the pandemic and we must do everything to reach a reasonable agreement.”

But Germany fired a warning shot across No 10’s bows over its move to rip up parts of last year’s deal, warning it has “cast a dark shadow” over the talks.

Europe minister Michael Roth even quoted Winston Churchill against the PM, who famously wrote a biography of the wartime leader.

In an open letter to Downing St he vowed: “There will be no lazy compromises. The EU and its 27 member states are well prepared for a No Deal 2.0.”

But in private Michel Barnier has been more upbeat about the prospects of a deal, telling MEPs there’s renewed optimism of a breakthrough.

One EU source said: “There seems to be more engagement from the UK side and a bit more buzz around the talks”.

But sources in Brussels rebuffed the proposals as hardly any different to previous UK positions and called for more movement. 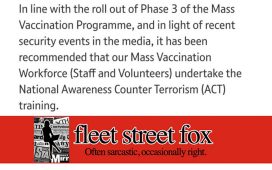 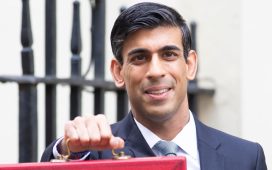 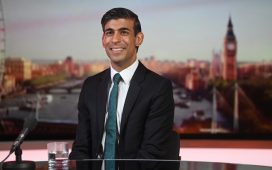 Budget 2021: National Minimum Wage to rise for millions to £9.50 an hour, Chancellor to announce tomorrow