The government has removed the EU emblem and its 12 gold stars from British disabled drivers’ parking badges even though the UK has not left the bloc, it has emerged.

The move comes months after the row over the government decision to remove the words “European Union” from British passports.

It has caused concern among disabled drivers who fear their blue badges will no longer be accepted in the EU because of the absence of the stars, which demonstrate the car driver has EU rights. The Department for Transport has refused to say when it removed the stars, who took the decision or why it was deemed appropriate.

The DfT has claimed it is barred from disclosing such details because it would breach purdah rules that bar civil servants from releasing any information that could influence the general election.

Blue badge holders say they are worried it means the badge will no longer be valid for holidays in Europe.

Linda Joanes, from Northumberland, said: “Very surprised to find my new blue badge has no EU symbol. I have used my badge in France – large supermarket car parks etc – and last year it was also very useful, for example in giving priority boarding on the international ferry across Carlingford Lough between Northern Ireland and the Irish Republic. Was not expecting this change and no information or warning given.”

The old blue badge was emblazoned with the letters “UK” encircled by 12 gold stars on a blue background, the symbol of the EU. This has been issued to approximately 2.5 million people in the UK to limit the amount of walking between their vehicle and their destination.

The new badge retains the blue background but is stripped of stars and the words “European communities model”.

One retired person who is applying for a disabled parking badge said he was concerned decisions like this were being taken behind closed doors before the UK has left the EU, is still a full member of the EU, and there is still a chance it will remain in the bloc depending on the result of the election.

“Has the blue badge scheme quit the EU before the rest of the UK?” he says, asking “on whose authority” the redesign was undertaken. “What if the government changes and we remain/revoke article 50? Another big redesign? Seems to me that some of the most vulnerable in Britain should be made aware.”

A spokesman for the DfT said they could not answer questions on the matter but confirmed the redesign. “The new blue badge design was rolled out earlier this year. These badges are still valid in the EU,” he said.

Earlier this year, Sajid Javid, the then home secretary, was forced to defend the redesigned British passport, saying it was “sensible and efficient” to remove the words “European Union” from the cover.

The move angered those applying for new passports who were hoping to hold on to an emblem of EU membership. 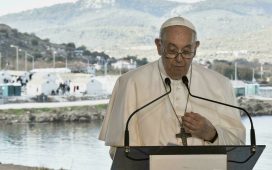