BRUSSELS has been ordered to drop its “bonkers” plans to impose a sausage ban on Northern Ireland that could spark an EU-UK trade war.

Cabinet minister George Eustice blasted the “nonsensical” demand with the PM set to use the G7 to recruit Joe Biden in the fight against EU red tape.

Eurocrats could hit British goods with tariffs if No 10 stops their embargo on exports of chilled meats to NI coming in next month.

Brexit minister Lord Frost will host EU chief Maros Sefcovic for crunch talks in London today but hopes for a breakthrough are low.

Ahead of the showdown he warned “time is short” to end the “damaging impact” the sea border is having on people and businesses in NI.

He fumed: “Further threats of legal action and trade retaliation from the EU won’t make life any easier for the shopper in Strabane who can’t buy their favourite product.

“Nor will it benefit the small business in Ballymena struggling to source produce from their supplier in Birmingham.

“What is needed is pragmatism and common sense solutions to resolve the issues as they are before us.

“This work is important. And it is ever more urgent.”

No 10 suspects Brussels is exploiting the situation to “reopen” the trade deal and force Britain into copy and pasting its food standards.

Boris Johnson is also expected to bring up the unrest caused by the Irish Sea border with Mr Biden in Cornwall.

The US President has told Brussels to stop being so “bureaucratic” in its approach to checks on goods entering NI.

But he is also set to warn the PM any attempt to renege on the Brexit deal would scupper a US-UK trade pact.

‘Urgent solution must be found’

Mr Eustice said No 10 wants to negotiate a technological fix but the EU has “been quite slow to date to engage”.

He fumed: “Does it really make sense to ban the sale of sausages and chicken nuggets manufactured in the UK from being sold anywhere in Northern Ireland?

“I suspect any US administration would be amazed if you were to say a sausage from Texas couldn’t be sold to California.”

The PM’s spokesman said there is “no case whatsoever” for the embargo.

He added: “An urgent solution must be found. We did not expect the EU to take such a purist approach.”

Brussels red tape bans the import of processed chilled meats like burgers and sausages into the Single Market.

Negotiators agreed a six month grace period during which the rules wouldn’t apply to NI, but that runs out at the end of this month.

No 10 is poised to refuse to impose the EU ban if there isn’t a solution by then to stop supermarket shelves running dry.

That will prompt a furious response from eurocrats who would relate by escalating legal action against the UK.

Jo would want me to embrace life, says sister Kim Leadbeater as she stands as MP

But they’ve also left the door open for deal based on technological fixes.

Brussels says if No 10 grants its customs officers access to real-time data on tracking goods it will be able to take a more relaxed approach.

An EU official said: “We know the UK wants more flexibility and we hear that very loud and clear. But the UK must play its part and it must stop moving the goalposts in its requests.” 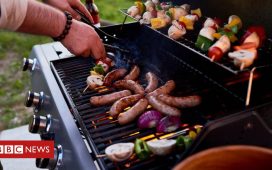 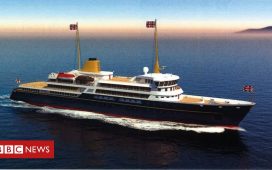 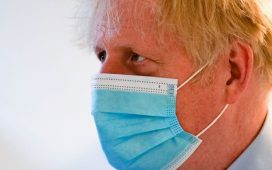