European government ministers will vote on Thursday on a new directive that would require multinational companies to reveal how much profit they make and how little tax they pay in each of the EU’s 28 member states.

The proposed rule is designed to shine a light on how large companies avoid paying an estimated $500bn a year in taxes around the world by shifting their profits from higher-tax countries such as the UK, France and Germany to zero-tax or low-tax jurisdictions such as Luxembourg, Ireland and Malta.

It would make country-by-country reporting mandatory for companies with an annual turnover of more than €750m.

According to European parliament research, EU nations collectively miss out on an estimated €50bn-€70bn a year through corporate tax avoidance.

In September, Amazon was accused of paying “diddly-squat” in taxes in the UK. It reported UK sales of £10.9bn but recorded UK profits of just £75.4m, as its British sales are collected via Luxembourg. It paid £14m in corporation tax.

Richard Murphy, a professor of practice in international political economy at City, University of London, said he would expect Amazon’s UK business to pay at least £100m in corporation tax, assuming it made profits at a similar rate to the group as a whole. “There is clearly an underpayment to explain,” he said, calling the payment by Amazon UK Services “the square root of diddly-squat”.

Amazon tried to fend off the accusations of tax underpayment by saying it paid £220m of direct taxes across its entire British operation last year, including employer’s national insurance, business rates, corporation tax and stamp duty.

Meanwhile, research by the campaign group Tax Watch found that five of the biggest technology corporations – Facebook, Google, Apple, Microsoft and Cisco – deprive the exchequer of £1bn a year.

The Treasury said it was unable to comment on how the UK would vote on the proposed rule because of the forthcoming election. However, Britain has been one of the biggest supporters of country-by-country reporting.

Attempting to tackle multinational tax avoidance was a key plank of David Cameron’s and Theresa May’s Conservative administrations. Tax avoidance has not been a central part of Boris Johnson’s election campaign, while Labour’s Jeremy Corbyn has vowed to “go after” tax avoiders.

“We will be chasing down tax evasion, tax avoidance and tax havens because at the end of the day if you’re doing some very clever wheeze which somehow or other is avoiding your levels of taxation, you should be paying,” Corbyn said this month.

On Wednesday a collection of charities and campaign groups jointly urged politicians to follow through with their promises to tackle tax avoidance.

ActionAid, Transparency International, Eurodad and Oxfam said the huge amounts lost in tax could be used to build dozens of new hospitals, schools and other vital public services.

With its ‘Global Gateway’, EU tries to compete with China’s Belt and Road Initiative

Poland plans to set up register of pregnancies to report miscarriages 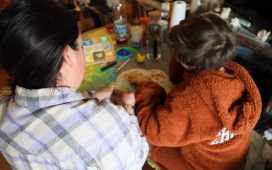