Brussels chiefs want to potentially unpick a Brexit trade deal within a decade, it was claimed.

EU leaders are thought to want a review of a pact in 2030 if countries such as France are upset over fishing rights in UK waters.

But leaders would try and tie a review over fishing to the wider trade agreement – potentially jeopardising arrangements on trade and security.

The UK is set to resist the attempt, as the deadline nears for striking a deal before the Brexit transition finishes on December 31.

Talks are taking place this week over video link after a member of EU chief negotiator Michel Barnier’s team tested positive for coronavirus.

Face-to-face talks are expected to resume in London later this week.

Mr Barnier said: “Time is short. Fundamental divergences still remain, but we are continuing to work hard for a deal.”

The UK leaves the EU’s single market and customs union at the end of the year and without an agreement, tariffs and quotas could be imposed on trade with the bloc.

Any deal would need to be approved by the EU’s leaders and MEPs and reports have suggested an emergency session of the European Parliament could be held as late as December 28 to vote on it.

Irish premier Micheal Martin believed an outline agreement could be reached within days.

He said in Dublin: “I would be hopeful that by the end of this week we could see the outline of a deal.

“That remains to be seen.

Should there be a Brexit extension after Covid-19 infects talks?

“One must remain hopeful that a deal can be arrived at.

“It’s very important that it happens.

“It’s important for jobs and for all of those who are in business, that they can look forward in terms of their futures.

“A deal makes far greater sense for jobs and for the respective economies of all involved.”

Mr Martin said a pact was “necessary” and in the best interest of the United Kingdom, of Ireland and of the European Union”.

He added: “I do sense that both negotiating teams, they’ve made progress, that’s the point.” 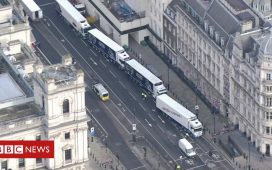 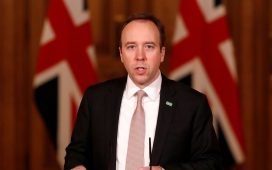 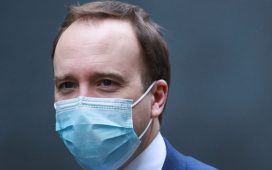