Freddie Ljungberg really pushed the boat out when reacting to Erik Lamela’s superb goal for Tottenham in the north London derby, suggesting it was the best goal he has ever seen.

Lamela produced an incredible rabona finish to put Spurs ahead in the game at the Emirates, powering the improvised attempt past Bernd Leno.

It was a breath-taking finish, and probably the inevitable winner of the Goal of the Season award, but Ljungberg went even further with his praise.

The Arsenal legend said it was ‘the best goal I’ve ever seen’ when asked by Sky Sports, which is serious praise for the Argentine’s clever strike.

Jamie Redknapp didn’t quite go that far, but did describe it as one of the best goals that the Premier League has ever seen.

‘One of the best goals we’ve ever seen in the Premier League, we’ve seen 30-yarders, we’ve seen great volleys, great team goals, but we’ve never seen anything like it,’ Redknapp told Sky Sports.

‘He did it in a Europa League game a few years back but the audacity to do it in a north London derby. The improvisation, it’s absolutely world class, an amazing piece of skill.

‘He hits it so hard! The power he gets into it! Brilliant.’

What looked like it was going to be a brilliant day for the 29-year-old turned out to be a disappointing one as he went on to be shown two yellow cards and sent off.

His goal was also the only real highlight for Tottenham on the day, with goals from Martin Odegaard and Alex Lacazette putting Arsenal ahead in the contest before Lamela was dismissed.

Tottenham had chances to equalise, but couldn’t manage it and they slipped to a defeat.


MORE : Why Pierre-Emerick Aubameyang was dropped from Arsenal’s side to face Tottenham 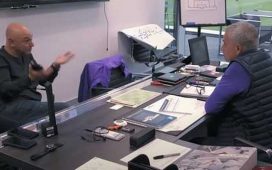 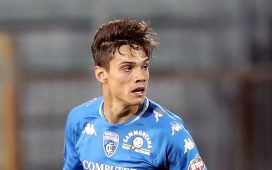 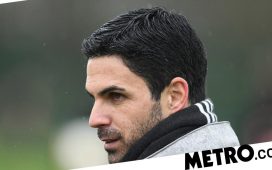