Eoin Morgan has confirmed that Liam Livingstone is fully fit after sustaining a finger injury during England’s T20 World Cup warm-up match against India on Monday.

Livingstone left the field clutching the little finger on his left hand after dropping a catch on the mid-wicket boundary in the 16th over of India’s successful run chase of 189 in Dubai.

The 28-year-old was not seen again in the match, with England saying that they would wait for the swelling to go down before assessing the extent of the injury.

But England captain Morgan, who was speaking on Tuesday ahead of tomorrow’s second practice match against New Zealand, confirmed that the Lancashire all-rounder was ‘fine and fully fit’ and that all of the 15-man squad were available for selection.

However, the score wasn’t enough as a match-winning 70 off 46 balls from Kishan and a half century from his opening partner KL Rahul helped India to a relatively comfortable seven-wicket win with an over to spare.

Wicket-keeper batsman Jos Buttler captained the side in place of the absent Eoin Morgan, who was left out of the team after leading the Kolkata Knight Riders to IPL glory last week.

But England’s bowlers weren’t able to help their stand-in skipper, with five of the seven used going at more than ten an over, including Moeen Ali, Adil Rashid, Chris Jordan, Mark Wood and Chris Woakes.

India looked in control of the chase, but when David Willey removed the dangerous Suryakumar Yadav with two overs to go, the run rate had risen to ten an over.

However, the usually reliable Chris Jordan delivered a 19th over to forget, conceding 23 runs, which included two no-balls, to give Virat Kohli’s men the victory.

England’s start their World Cup campaign on Saturday, when they play the defending champions West Indies in Dubai.


MORE : T20 World Cup: Format, squads, fixtures and everything you need to know 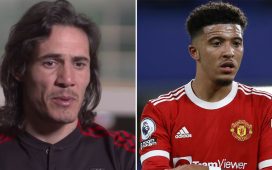 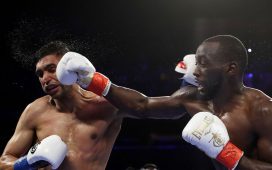