It was hard to watch Ollie Pope’s dismissal in England’s second innings at Ahmedabad; crouched, nervous, boots marooned in the crease, glancing behind him for a pickpocket with outstretched fingers but finding only flying bails and dislodged stumps. Playing for the turn, bamboozled by the straight one, drooped head, slumped shoulders, eyes squeezed shut.

There is no shame in being bowled twice in one match by Ravichandran Ashwin, wicket-snatcher supremo, quicker to 400 Test scalps than anyone apart from Muttiah Muralitharan. Especially on a pitch of such a niche quality. But England might ask whether there is anything to be gained from playing Pope in the final Test on the same ground, which starts on Thursday.

In January 2014, towards the end of that Ashes tour of the longest night, Alastair Cook sat 24-year-old Joe Root down in the Sydney dressing room and told him that he had been dropped. It wasn’t a complete surprise. Wisden remarked, somewhat archly, that: “Root, supposedly the future of English batting, was omitted … with one score over 26.”

Root had made his debut in Nagpur in 2012, digging out a patient 73 on a turgid pitch. A maiden Test century at Headingley and a first Ashes century followed the next summer.

Things then went downhill as he was jiggled this way and that around a bamboozled batting order before he found himself looking into Cook’s sorrowful eyes. Root was furious. “I was an empty vessel.”

But from the outside, it seemed a mercy gesture. The series was (long) gone, Mitchell Johnson was running rampant and there was little to be gained from a further battering to their new young hope.

Root returned to the side in the summer and, sitting in the Lord’s dressing room, he replayed in his mind Cook telling him he wasn’t playing at Sydney. “I was using it as an inner motivation,” he said. “I did not want that happening again.” He made an unbeaten 200 against Sri Lanka and the rest is history.

Pope, similarly, is seen as the future of English batting, the proud owner of the gilded three: talent, technique and mentality. He was whisked into the Surrey system as an under-nine and given his England cap by Alec Stewart, the same man who handed over his Surrey Under-10 player of the year award. Stewart, who was spending Friday at the Oval nets with his dog thrower, sent a message that Pope is “a special talent”. Still only 23, he has been around the England set-up since 2018, picked on fluent county form and the whim of selector Ed Smith. But he suffered two shoulder injuries in between making a century against South Africa – and lost the best part of two summers to injury – and Covid, and has yet to fully cement his place. He also admitted to finding last summer’s England bubble difficult to cope with.

Mark Ramprakash has guided Pope in his former role as England batting coach, and has experience of how hard it is to bat in India. “I think within that environment, each individual reacts differently,” he says. “He has shown himself to have an excellent temperament but when you’re in the spotlight like that, you’ve had a couple of difficult pitches, you’re not getting the runs you want, the management have to try to read how he is reacting, his body language, his routines, how he is interacting. I guess they’ve got to weigh up the pros and cons: if they leave him out now they could damage his confidence even more.

“He shouldn’t get too down because they have played on some really challenging surfaces. I would stress that while they are pursuing every avenue to keep adapting and learning, this needs to be put in context. There is no tougher proposition for an English batsman than facing a top-class spinner in Asian conditions with men round the bat on challenging surfaces.

“I know Ollie is very close to Joe Root and sees him as a great role model, and England are lucky that they have Root around to talk about the game and practise with.”

Lucky too that in Root they have a man who can empathise with exactly what Pope is going through. 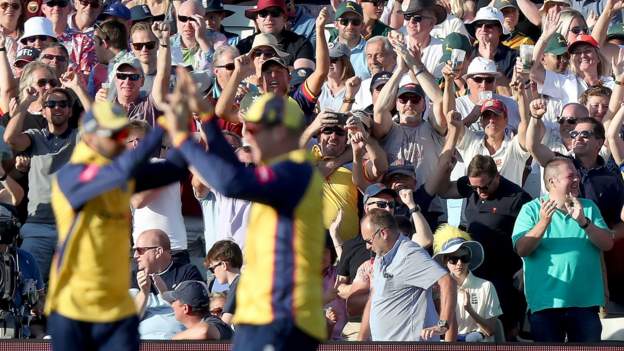 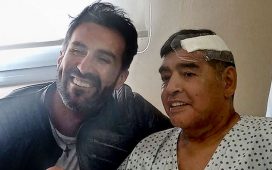