England World Cup-winner Nobby Stiles has died aged 78 after a long illness, his family has announced.

Stiles was a huge part of the Three Lions side which won the tournament in 1966, and in total he earned 28 caps for his country.

Stiles, who played as a centre-back, also made 311 appearances for Manchester United between 1960-71.

He was part of the side which became the first English club to win the European Cup, when they beat Benfica in the final at Wembley in 1968.

Stiles also went on to also play for Middlesbrough between 1971-73 and Preston North End between 1973-75 before hanging up his boots.

“The family kindly ask for privacy at this sad time.”

Stiles was born in Collyhurst, Manchester, in May 1942, during an air raid and joined the Red Devils as an apprentice in 1959.

He would play his part in league title successes in 1965 and 1967, before their European triumph the following year.

Stiles left United in 1971, but returned to the club as a youth coach in 1989, spending four years with the club during Sir Alex Ferguson’s reign.

Stiles suffered a series of health issues in later life, including a dementia diagnosis.

In 2010, after a mini-stroke, he decided to sell his medals in order to leave something to his family.

United bought them for £200,000 and the medals are now housed in the club’s museum.

Stiles battled Alzheimer’s disease for a number of years, and in an interview from 2017 his son Rob said: “He’s not aware of anything. We’ve been told he’s in the final stages but you just don’t know how long it goes on for.

“You can go one day where you think he’s going to die, then the next day he’s fairly alert. He’s very bad now.”

Stiles will be remembered as one of the greats of English football, as well as being one of only two English players to start and win a World Cup and European Cup final.

Tributes have been led by Match of the Day presenter Gary Lineker, who tweeted: “Saddened to hear that Nobby Stiles has passed away. Another of our 1966 World Cup winning heroes leaves us.

“He had a heart that was even bigger than the gap in his teeth. RIP Nobby.” 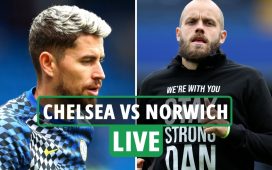