England play their second group game against old rivals Scotland on Friday 18 June, with Gareth Southgate’s side looking to confirm their place in the round of 16.

Following their 1-0 win over Croatia on Sunday, the Three Lions managed to overcome the demons still looming from their World Cup semi-final exit to the same opposition three years ago.

Raheem Sterling’s 57th minute effort was enough to seal three points at Wembley and set up a tantalising tie with the Scots, who lost their opening group game to the Czech Republic.

Two goals from Patrik Schick including a Goal of the Tournament contender from the halfway line have made this game a must-win for Steve Clarke’s side should they want to continue their Euro 2020 journey.

The two sides last met in 2017, when a stoppage-time goal from England captain Harry Kane rescued England from the brink of defeat at Hampden Park, resulting in a 2-2 draw.

However, the Three Lions will be feeling confident ahead of their international derby after watching Scotland squander many chances against the Czech’s.

It is a repeat of that classic encounter between the two sides at Euro 96 when England were victorious by two goals to nil and when Paul Gascoigne scored that iconic goal followed by an equally iconic celebration.

And with Phil Foden donning the blonde locks Gazza once did, it wouldn’t surprise many if there is a water bottle placed at the side of the Scotland net ready and waiting to recreate that infamous moment.

Coming into the game, Scotland have been boosted by the return of Kieran Tierney, as he attempts to make the starting XI against England.

The Arsenal man has targeted a return to Clarke’s matchday squad and his manager has confirmed he is fit and ready to play from the off if selected.

For England, Kalvin Phillips is likely to keep his place following a commanding performance against Croatia, though Southgate could opt for more impetus in attack.

Should Harry Maguire start against Scotland? Let us know in the comments below.

Meanwhile, defender Harry Maguire has declared himself fit after being sidelined for a month with an ankle ligament injury.

Tyrone Mings and John Stones were seemingly untroubled against Croatia but Maguire looks likely to return for the game.

One player definitely out of contention is Manchester United ’s Dean Henderson. The 24-year-old picked up a hip injury in training and has been sent back to Manchester to receive treatment, with Sheffield United’s Aaron Ramsdale called up as his replacement.

What time is England v Scotland?

England v Scotland kicks off at 8pm on Friday 18 June.

The match will be broadcast on ITV with coverage starting at 7pm.

Mark Pougatch will be joined by Ian Wright and Gary Neville in the England corner, with Graeme Souness and Scott Brown flying the flag for the Scots.

Oh and Roy Keane will be in the middle of them all.

See also  Fernando: 'Chelsea have quality but we travel in hope'

*Odds are supplied by Grosvenor Sports and are subject to change. Please gamble responsibly.

When is England’s next game after Scotland?

England’s next game will play their final group game on Tuesday against the Czech Republic and if they top the group, face a trip to Rome for their round of 16 tie. 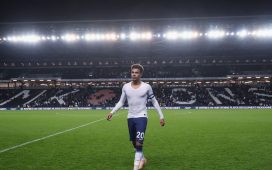 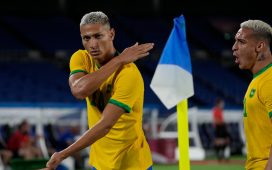