The boos that reverberated around the Oval back in 1999 were replaced by guffaws at Edgbaston yesterday, as the final wicket of a sorry England batting performance fell at 10.59am. Trent Boult zipped the first ball of the day across Olly Stone, kissed the edge of a shy bat and the few thousand who had taken their seats instinctively chose wry mirth over misery. If you don’t laugh you’ll cry.

This wasn’t the end of a Test match already well set on a path towards New Zealand’s first series win in England for 22 years; that came an hour later when Tom Latham dabbed the winning runs down to third man to knock off a paltry target of 38. But it was still a reflection of where England find themselves at present, and, volume-wise, matched only by the announcement shortly after the handshakes that just 11 overs of cricket meant a full refund for ticket-holders.

Those present on the third day, when England subsided to 122 for nine to see the co-called Fortress breached for a second successive Test, probably felt a bit short-changed by the batting. But then at least, along with the beer that flowed, they could drink in a full day of this excellent New Zealand side. The tourists made six changes from Lord’s, some enforced and some with next Friday’s World Test Championship final in mind, yet, along with clear methods and adhesive hands, have displayed a depth and a collective purpose that England lack at present.

The last time England lost a series at home – a 1-0 defeat to Sri Lanka in 2014 – the reaction lasered in on the captaincy of Alastair Cook, wounds that carried over from the 5-0 defeat in Australia and the sacking of Kevin Pietersen, plus a belief that some of the remaining old guard might need pensioning off. This time the concern is a broader sense that, beyond longstanding issues with domestic scheduling, England have been too-clever-by-half with Test cricket of late. They talk about regaining the Ashes later this year, yet their actions speak otherwise.

After all, Joe Root has captained eight Tests in 2021 and never once had access to his full array of players. The captain put this down to the effects of the pandemic and it’s true there have been logistical complications. And it may well be that, despite resources that dwarf those of New Zealand, their best XI is still some way behind the tourists. But it would have been nice, and more instructive, to find out. Instead we have Jos Buttler, Jonny Bairstow, Moeen Ali, Sam Curran and Chris Woakes all turning out in the T20 Blast this week, three of whom are paid handsomely to play Test cricket.

Chris Silverwood pointed to the return of Buttler and the injured Ben Stokes for the visit of India as cause for optimism, and it might be that the seasoned Dawid Malan can also shore up the batting after blooding too many greenhorns at the same time. But then the case of Buttler also sums up some of the issue here, a first-team cricketer in all three England teams who, for the first half of the year, has been absent from the Test side five times in order to benefit the T20 team.

Rest is required in the current climate and few dispute that. The question is when it takes place. That the T20 World Cup sits as one of two overriding targets for the year is understandable given England’s clear white-ball pedigree, but did Buttler really have to miss three Tests in India in order to play a five-match T20i series at the end of that tour? He is, after all, already a white-ball star, a veteran of the IPL and fully au fait with subcontinental conditions. It’s surely Test cricket he needs.

And when Ben Foakes slipped on a sock and tore his hamstring last month, could Buttler, already cut early from IPL duties, not have been asked to return with the promise of his break moving to the mid-summer white-ball window? Perhaps, like Boult flying out early to stake his claim in New Zealand’s WTC final plans, he could have forced the issue. Sam Billings did. Either way James Bracey would have been spared a debut series batting four spots lower than his usual berth for Gloucestershire while simultaneously exposed with the gloves.

The fact is England’s T20 side, while still in need of some fine tuning before the main event, is streets ahead of the Test side in terms of its development and yet continues to be nurtured at the expense of it. And before the visit of India there are maximum two rounds of County Championship cricket for the likes of Ollie Pope and Zak Crawley to work on the technical flaws that have left the batting sages baffled by their idiosyncratic nu-school methods. Otherwise it’s a case of trying to thwack the coating off white balls in the Blast and the Hundred.

The form of Rory Burns has at least been encouraging, while those bowlers selected have plugged away wholeheartedly on pitches made flat for the batsmen, only to find feet-up time fleeting. But without Stokes, England can’t bring themselves to pick a spinner, Jack Leach, who bats in the bottom three. In a parallel universe Moeen might have balanced this team at No7 yet two-years of mismanagement – six if you include the time they didn’t notice this all-format all-rounder might need periods of respite – have left him feeling cut adrift.

The past week has also been set to a grim backdrop caused by grave historical errors of judgement on social media by individuals and outcomes are yet to materialise. Introspection is needed in more than one area, therefore, and there are no quick fixes. Actions that match stated ambitions would be a start. 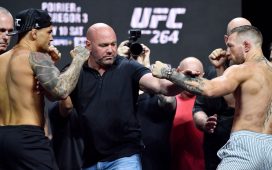 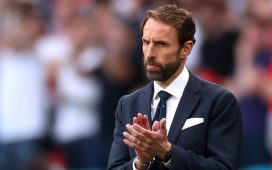 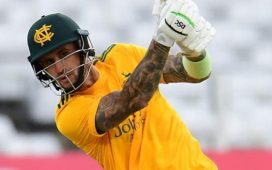