Fly-half Marcus Smith and number eight Alex Dombrandt are among four Harlequins players to have been called up to the England squad.

Uncapped pair Smith, 22, and Dombrandt, 24, were previously unavailable for selection as they helped their club win the Premiership title on Saturday.

England play the United States on 4 July and Canada on 10 July.

Henry Slade – a Premiership runner-up with Exeter – is also brought into Eddie Jones’ squad and Wasps’ Gabriel Oghre returns after being involved in the first week of training.

There are 23 uncapped players in the squad and Jones has urged England’s possible stars of the future to take their chance to shine while 11 of his team are in South Africa with the British and Irish Lions.

The summer Tests also offer a chance to rebuild the side which fell to a fifth-place finish in the 2021 Six Nations.

Northampton’s Ollie Sleightholme was unavailable for selection due to a concussion suffered in training.

Jones said: “We have a squad here full of talent and potential, with 23 uncapped players who have the chance to make their England debut.”

An England A side captained by Gloucester flanker Lewis Ludlow was scheduled to face Scotland A on Sunday, but the match was cancelled because of a Covid-19 outbreak in the Scottish camp. 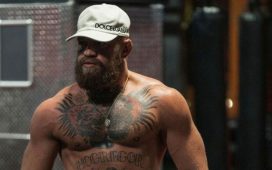