Crowds had gathered near Wembley from lunch time just to soak up the electric atmosphere.

A further 25 million are estimated to have watched on TV at home, in pubs and in fan zones.

Southgate’s young Lionhearts were determined to ‘write their own history’ as they went on to overcome the Danes in front of 60,000 delirious fans at Wembley.

Hughie Higginson, 11, who won the Daily Mirror’s Pride of Manchester’s Young Fundraiser with Freddie Xavi, said: “It was a great win, especially after going one-nil down to a brilliant free-kick.

“We battled hard to come back and deserved the win! When Denmark scored the own goal, I knew it would be our game.

“They have got a real chance of winning it now. It is the first final England have been in and, hopefully, they can win the Euros at Wembley!”

Drinkers in the Four Alls, in Higham, Lancs, celebrated with a victory pint as disbelief gave way to a wave of pride and joy.

Ecstatic James Finucane, 32, who works in telecom sales, said: “It’s always great to celebrate an England win in the pub with a pint.

“The sun was shining so we decided at the last moment to watch in the pub – we are so glad we did.

“It is a brilliant feeling and not one I am used to.

“We will be here again for the final.”

Emily Welch, 29, a brand manager, said: “What a result. I almost didn’t come out to watch it.

“This group of England players can go all the way. Winning the Euros at Wembley, would be fantastic.”

Retired engineer Steve Willinghan, 60, said reaching a final had been a long time coming after decades of disappointment but added: “What an achievement.

“I have never seen England in a major final in my lifetime. I vaguely remember 1966 but I was only aged six at the time.”

And Steve said that he enjoyed the game in the pub nearly as much as if he’d been at the stadium to watch it live.

“I think the atmosphere was almost as good as Wembley,” Steve said.

The never-say-die display left supporters jumping for joy in city centre fan zones across the land.

Across the country, millions more celebrated as the reality of what the players’ achieved began to set in.

At packed fan zones in Newcastle, Birmingham and Trafalgar Square fans who had been through the ringer during the match went wild as they celebrated victory – and began dreaming of clearing the final hurdle.

At Event City in Manchester, Claire Bagshaw of Burnley, Lancs, was part of a big family group.

She said: “We told the children they were making history today and that’s why we brought them.”

Matt Tomlinson, also from Burnley, called on the spirit of World Cup heroes Bobby Moore and Bobby Charlton saying: “It’s got 1966 vibes, but I don’t want to jinx it.”

In Grimsby, Stuart Andrews was watching at the Docks Beers venue.

Kenny Sewell, 44, had such a good night that he said: “I wanted to get to the final so I can come back here.”

In Newcastle, supporters hungry for success sat drinking at tables in the fan zone on the Quayside.

Steve Hardy, 65, a retired engineer, praised the players’ “great team spirit” adding: “This is the biggest chance we’ve had for a generation.”

A few miles away landmarks across Sunderland glowed in red and white to mark the match – and the efforts of Wearside-born goalkeeper Pickford.

Sunderland fan Micky Willis, 56, of Gateshead, said: “They deserved it.”

Millions of young football fans were allowed to stay up late to take in our biggest game since the 2018 World Cup semi-final.

Hundreds of residents on the Kirby estate in Bermondsey, South East London, turned their homes into a sea of red and white union flags.

See also  What next for Serena Williams after her tearful Australian Open exit? | Tumaini Carayol

Chris Dowse, 42, snubbed tickets for the game to share the experience of watching live with his neighbours.

“I am really proud of what we’ve achieved on this estate,” he said.

Denmark’s ambassador to the UK Lars Thuesen admitted the tournament had been a “huge emotional rollercoaster” for his country after star Christian Eriksen suffered a cardiac arrest in their opening match.

“There are higher things at stake than football.”

But for England fans, for now, there’s only one thing on their minds… 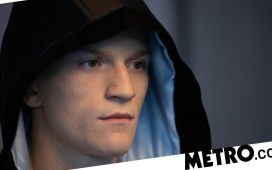 Ricky Hatton column: My nerves for Campbell will never go away but he is improving with every fight 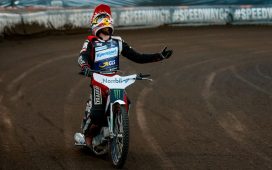