So far there is only one player who can vouch that England is experiencing the same kind of football frenzy the country last encountered when World in Motion was in the charts, when there was Bobby Robson and Gary Lineker and Nessun Dorma and let’s-all-have-a-disco and Paul Gascoigne, with that big, chip‑pan grin, until everything went so horribly wrong.

Fabian Delph has been trying to explain it to his teammates after his visit home for the birth of his daughter. Delph kept sharp by training at Manchester City. He flew back in a private jet with the family of Vincent Kompany, his club colleague, and he is being perfectly serious when he says England’s penalties against Colombia brought his wife, Natalie, into labour. Delph was home for four days and, now he is back in Repino, he has let the others know the madness of it all.

“We are out here in our bubble, our circle, and we don’t have outside distractions so we are not aware of what is going on. But going back was incredible. The support was absolutely amazing. Even people who are not into football, stopping me, shouting and telling me: ‘Make sure you bring it home.’ It was crazy, overwhelming. I have told the lads and they could not believe it.”

How, after all, can you do it justice when none of these players is old enough to remember that night in Turin 28 years ago? Are they aware of the survey that estimates one in 10 people is contemplating pulling a sickie for England’s semi-final against Croatia? Or the story from Nottingham’s Theatre Royal about the final scenes from Titanic: The Musical being interrupted by the cries of “yes” from two women in the front row? England’s players have been following through Twitter. But it is difficult, as Delph says, to comprehend unless you have seen it close up. “We are in for a shock when we are finished and go home.”

How far can we go? Let’s push the boundaries, let’s create our own history.

Back in Repino, meanwhile, the train to St Petersburg trundled through and most of the tweeting came from the birds in the pine forests. The FA deliberately chose this venue for England’s World Cup base because it was so quiet and out of the way. One supermarket, a pharmacy next door and a few miles along the coast, in Zelenogorsk, is the training ground and, for reasons unexplained, a statue of a dachshund in the centre of the village.

Did Southgate get that pint of bitter he said he was craving after the quarter-final victory against Sweden? England’s manager once had a reputation as the kind of man who would paint the town beige, not red. But it was never correct. Above all Southgate wants his players to enjoy these moments and drink it all in. Families were invited into the team hotel on Sunday. The players watched the game together and, behind the smoked windows of the team bus, Southgate had asked every member of his backroom staff to help create a playlist, two songs each. At Euro 96 the players used to sing Three Lions on the way to Wembley. Here they had another sing-along. “The players were actually quite happy,” Southgate reported. “They got us to turn it up.”

It was a happy camp and there was a lovely moment, before leaving the Samara Arena, when a few of us let Southgate know the video of his celebrations with the fans, conducting the England orchestra, was already online. Before that there was the screaming, fist‑pumping “come on” that went viral after the Colombia match. We showed him the footage. “There’s the emotion,” he said. “The fans have paid a lot. They have come a long way and to be able to connect with them … I’d love to be able to do it with the however many millions who are watching at home but the supporters who are here, they’re singing, and I know what they’ve been through.

“I met lots of them before we came. They told me their stories, how many years they have been travelling to watch England and what it meant to them. I played for three clubs and I have a real affinity with all three but England has been the biggest part of my life.” For the first time there was a brief moment when it sounded as if his voice was cracking.

Southgate was a 19-year-old on the books of Crystal Palace, still living with his parents in Crawley, when Italia 90 was alive. He watched the semi-final against West Germany at a mate’s house with a curry and some beers but even then the teenager was learning for the future. Southgate taped all the matches of that tournament. “I videoed it to look at the players, the matches and, as a young player, I guess I wanted to see the best players, the level they were playing and what I could learn from it.”

England’s beaten semi‑finalists came back to an open-top bus parade – the lingering memory being Gazza wearing a pair of fake breasts – and maybe that was part of the problem. Germany, Argentina, Brazil, Spain, France and all the elite football nations would never celebrate losing a semi-final. Southgate was part of the England team that reached the same stage of Euro 96. “It doesn’t mean a lot now,” he volunteered.

The point here is that, for all the nostalgia surrounding 1990, that penalty shootout defeat in Turin was a bad experience for England and the only glory, in the truest sense of the word, went to the winners. Will Southgate tell his players the same holds true now? “I don’t think I’ll need to,” he replied. “They know what they want to do. They know they stand on a moment of history and they are desperate to do as well as they possibly can. They don’t need any motivation for this now. It’s all there, it’s all apparent.”

Southgate gave the impression he would rather have faced Russia in the semi-final on Wednesday, acknowledging that England would encounter a “really top team” in Croatia, but it would come as a surprise now if they were suddenly afflicted by stage-fright or the kind of inferiority complex he detected, as a player, before the 2002 quarter‑final against Brazil.

“We are enjoying the journey. Everything we’ve done has been based on enjoyment. How far can we go? Let’s push the boundaries, let’s create our own history. We know where we are, we know we’re not the finished article and I don’t think we have loads of world-class players. There are other teams in the tournament who have a better collection of individuals but we’ve been a real team. We have some excellent players, no doubt about that, but the collective strength has been massive.”

And, without wishing to get too far ahead, what if England could actually beat Croatia and then, hell’s bells, do the same against France or Belgium in the final? What if the players of 2018 really have it in them to emulate Alf Ramsey’s 1966 heroes? Is it safe to broach this subject yet? Southgate seemed to think so. “We’ve already talked about the team that won the World Cup and how they’re still revered. We’ve had events at St George’s Park when some of those guys have been in, such as when the road was named after Sir Alf. I’ve met quite a few of those players. We know how they are held and, in the modern era, that [winning the World Cup] would be even crazier now, with social media and everything else. Globally it is so much bigger.”

A small thing, perhaps, but this was the first time Southgate has felt comfortable enough to talk about the possibility of going all the way, of heading back to Moscow next Sunday and testing his poorly shoulder in the Luzhniki Stadium by lifting a trophy that, for so many years, always seemed out of reach. If you were English, it was reassuring to hear. And just a touch surreal. 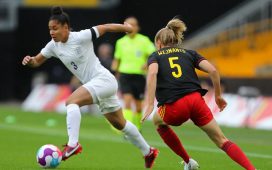 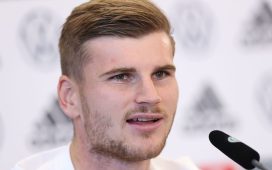 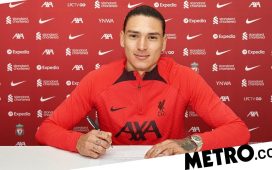 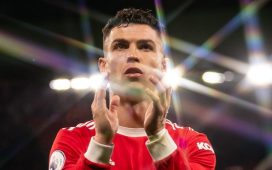 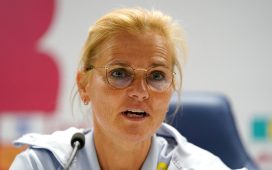