Ben Stokes bowled England to an epic fifth-day victory in the second Test at Cape Town, edging a compelling battle of wills with a defiant South Africa to level the series at 1-1.

Stokes claimed the last three wickets in the space of 14 deliveries deep into the concluding session of the match as England wrapped up a 189‑run win.

Not only was it a first success for England at the famous Newlands ground since 1957, it was also an outstanding advert for the long-form storytelling that is five-day Test cricket – a format at this very moment in danger of being curtailed by administrators.

Starting the day chasing eight wickets, Joe Root’s side still needed five after tea as the Proteas dug deep on a passive surface. At various stages it seemed a doomed pursuit in sapping heat but the tourists rallied triumphantly at the death, with Stokes blowing away Dwaine Pretorius and Anrich Nortje with consecutive balls, then finishing off the last man Vernon Philander with 8.2 overs remaining.

Allied to his six catches at second slip – a joint England record among non-wicketkeepers – and the swashbuckling 72 which bought England time in the second innings, and this completed yet another remarkable chapter for the sport’s hero of the hour.

South Africa began the day on 126 for two. Jimmy Anderson quickly dismissed the nightwatchman, Keshav Maharaj, for two and Faf du Plessis was caught by Joe Denly for 19 off Dom Bess, the only wickets to fall before lunch.

In the afternoon session the key wicket of Pieter Malan was taken by Sam Curran, the debutant opener caught by Stokes for 84, but otherwise England drew a blank, the hosts reaching tea on 225 for five.

Joe Root turned to Denly, who had Quinton de Kock caught by Zak Crawley at mid-on for 50 and Stuart Broad immediately had Rassie van der Dussen caught around the corner by Anderson, leaving the hosts 237 for seven.

Stokes then struck, taking two wickets in two balls. First Pretorius was caught in the slips by Root for a 22-ball duck and off the next delivery Crawley held on to an edge from Nortje at the second attempt, flicking the ball up with his right hand and taking it with his left, to leave the score 241 for nine.

The last pair, Philander and Kagiso Rabada, put on seven for the last wicket before the former edged Stokes to Ollie Pope at gully for eight.

Broad said his side’s victory, played out in front of thousands of their travelling fans in Cape Town, felt “very special”.

“The crowd has been exceptional today, an incredible day’s play and a great Test match actually,” Broad told Sky Sports. “We had to work incredibly hard. We knew we were going to have to do that from yesterday’s play – incredible discipline from South Africa throughout the day.

“But we kept saying: ‘One bit of magic. Let’s try some funky fields. One breakthrough and we can apply some pressure.’” 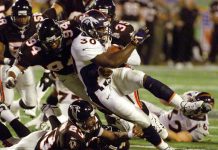 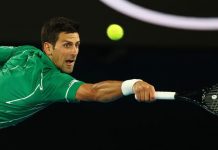