McDonald’s ice cream machines are out of service so often that Internet memes have been created about it.

Now a savvy entrepreneur is doing his fellow dairy-lovers a favor with an app that tells you if the soft-serve dispenser at the Mickey D’s near you is broken or not.

The application, called ‘McBroken,’ maps McDonald’s locations across the US with a color-coded system indicating if the machine is working (green) or if it’s busted (red).

The program is the brainchild of Rashiq Zahid, a 24-year-old Yelp software engineer who lives in Hamburg, Germany.

So far, more than 1.5 million people have used the site, which indicates 9.92 percent of McDonald’s ice-cream machines across America are broken right now.

McBroken.com reveals which McDonald’s ice cream machines are operational across the US. Rashiq Zahid, 24, designed the site with a bot that orders a McSundae at all 13,800 locations every 30 minutes and records which accept

Zahid was inspired this summer while craving a McSundae in Berlin.

He went to a location in the Kreuzberg district and attempted to order one with the touchscreen kiosk, only for it to be declined.

The McDonald’s app didn’t give him any love, either.

‘I was like, there must be something that can be done about this,’ Zahid told The Verge.

He decided to reverse-engineer McDonald’s internal ordering interface, gathering data by trying to order a McSundae online from every franchise in the city. 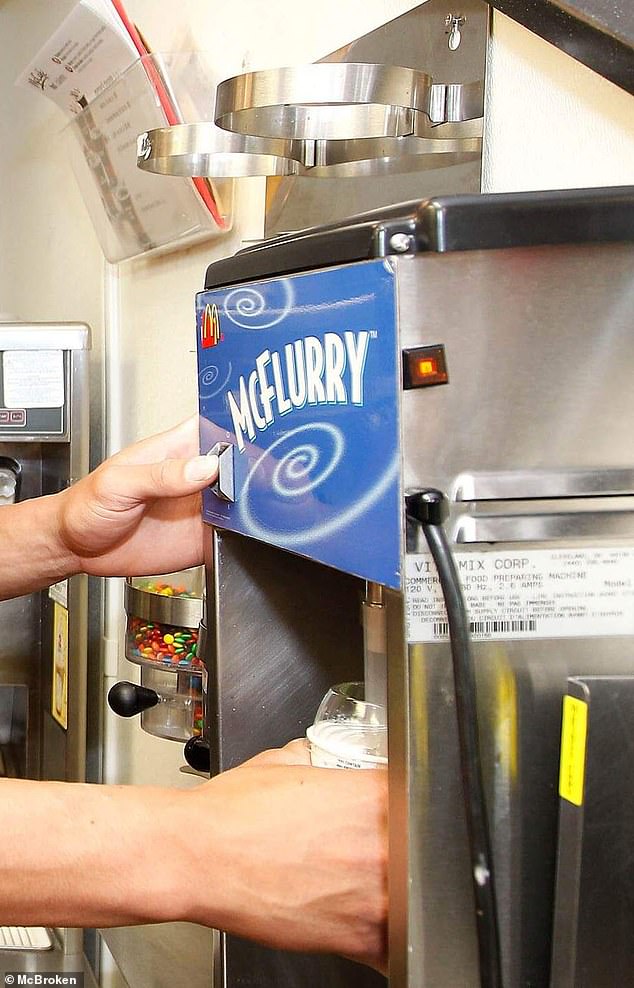 Since October 22, more than 1.5 million users have visited McBroken.com, which currently reports less than 10 percent of ice-cream machines are down nationwide

READ  Are sexual abuse victims being diagnosed with a mental disorder they don't have?

He started out confining his search to Berlin, biking to every McDonald’s in the city to confirm that his bot was delivering accurate results.

Trying to order a McSundae every minute triggered the McDonald’s app’s bot detector, so he revised his program to place an order just every 30 minutes.

After working out the kinks, he launched his bot in the US, home to nearly 13,800 McDonald’s.

‘I’m currently placing an order worth $18,752 every minute at every McDonald’s in the US to figure out which locations have a broken ice cream machine,’ Zahid tweeted.

Zahid clarified that he’s not completing any orders so no ice cream is wasted.

Since October 22, more than 1.5 million users have visited McBroken.com, which currently reports less than 10 percent of ice-cream machines are down nationwide. 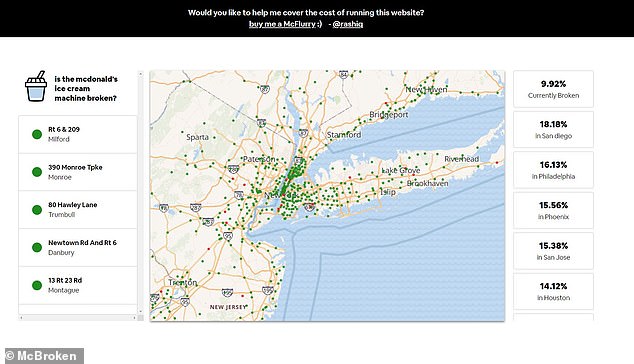 From city to city, the percentages of broken machines run the gamut – from zero in Seattle to nearly one in five out of service in San Diego

‘I just made it for fun,’ Zahid told The Verge. ‘But people were like ‘Wow, this is the best thing I’ve seen this entire week.’

From city to city, the percentages of broken machines run the gamut – from zero in Seattle to nearly one in five out of service in San Diego.

Other data-crunchers have jumped into the fray: Systems analyst Mark Stosberg determined that while McDonald’s locations skew more toward predominantly white neighborhoods, broken soft-serve dispensers are more prevalent in locations with higher black and low-income populations.

A similar app called Ice Check launched in 2017, but it relies on crowdsourced data and is much less accurate.

They have to undergo a cleaning cycle every night that can put them out of commission for up to four hours.

Three years ago, the company announced it was ordering new dispensers that didn’t have such a long down time, according to The Wall Street Journal.

Whether or not that’s solved the problem, the House of Ronald seems to appreciate Zahid’s efforts.

‘Only a true McDonald’s fan would go to these lengths to help customers get our delicious ice cream!’ company communications and government relations executive David Tovar tweeted. ‘So thanks! We know we have some opportunities to consistently satisfy even more customers with sweet treats and we will.’