Energy companies have pitched a mechanism based on the government subsidy scheme that supports renewable energy generation as one option for protecting British households and suppliers against high wholesale electricity and gas prices, according to people familiar with the proposals.

Talks between energy suppliers and UK business secretary Kwasi Kwarteng will resume on Wednesday as the industry pushes for measures to aid consumers as they face spiralling living costs this year, as well as to prevent further large-scale collapses in the electricity and gas retail sector.

Energy industry executives say a number of proposals have been put forward to ministers as they continue to press the importance of supporting the industry. The sector has been hit by more than two dozen energy company collapses since the start of August under the weight of high wholesale prices.

Analysts warn that energy bills will probably rise by more than 50 per cent to £2,000 a year for millions of households in April when Britain’s energy price cap is next adjusted by the regulator Ofgem. This could plunge millions more people into fuel poverty and contribute to a cost of living crisis.

The Resolution Foundation think-tank warned last week that families face a hit of £1,200 a year to their income from April as a result of the sharp rise in energy bills, as well as tax increases.

An emergency virtual summit between Kwarteng and energy chief executives two days after Christmas failed to reach a resolution.

Among the options that energy companies are putting forward is a mechanism similar in design to the “contracts for difference” subsidy scheme that supports the growth of renewable energy, as well as a £20bn fund, according to people familiar with the talks. Both would allow suppliers to spread out the costs of recent surges in wholesale energy prices for consumers over a number of years, but without imperilling their own balance sheets.

Under a contracts for difference-style mechanism, ministers would have to agree with the energy industry a wholesale price level that they believed consumers could tolerate. 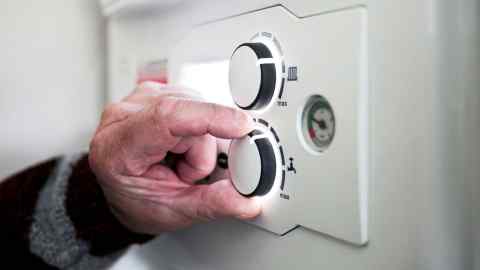 Energy suppliers feared another wave of collapses after UK wholesale gas prices reached a new record above 450p per therm just before Christmas. Prices have since eased back considerably following a spell of unseasonably warm weather across Europe, however they remain around three times the level at which they were trading a year ago.

Even well-managed suppliers have been struggling, with the cost of buying energy for customers at times being as much as £1,000 above the price they can charge households via the price cap. The limit is currently set at £1,277 a year per household based on average use.

Energy executives stressed that several interventions would probably be needed to avert the wholesale price crisis from hitting households this year, including reducing value added tax on energy bills and additional support for vulnerable households.

The UK business department said meetings between the government, industry and Ofgem would “continue over the coming days and weeks to ensure UK consumers are protected”.