AN emotional Charlotte Dawson “introduced” her son Noah to her dad Les as they visited the late comic’s statue.

The star, 28, paid an emotional tribute to her late father alongside mum Tracy, who died in 1993 age 62 from a heart attack.

New mum Charlotte brought Noah to the statue and posed by it as she spoke about how good of a grandad Les would’ve been.

She also held the baby – who she welcomed with fiancé Matthew Sarsfield earlier this year – up to the statue to show off their likeness.

She captioned the images: “What a special day today has been… when Noah met his grandad Les 💙✨ (well his statue obvs) but this is the start of Noah’s traditions.. as you all know I go to my dads statue for special celebrations & I have our beautiful little baba boyo joining us now. How amazing… 💙

“I wish he was here so badly, he would of been the best grandad to you… but we are so lucky Noah has so much incredible footage for him to get to know his bloody belter of grandad ❤️

Yesterday the star was amazed when Noah mastered Les’ trademark gurn in an uncanny snap.

Charlotte captured the hilarious moment and posted it on social media, writing: “FaceTiming daddy at work and our cute little cherub turns into my dad for a second doing my dads face. Mini Matt mini les on this.”

A number of fans were blown away by the uncanny resemblance, with one writing: “OMG 😍 it’s Les!! He’s so adorable.”

A third added: “Image of your dad. He really looks like Les. I can see you dad in him.”

Reflecting on her dad, Charlotte said in an interview with OK! magazine: “I know my Dad would be so proud, I just wish he was here but I know he is smiling down on us.”

The star previously broke down in tears when after a fan photoshopped photos of Noah and her dad together. 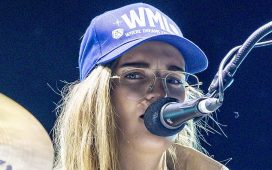 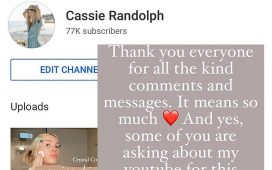 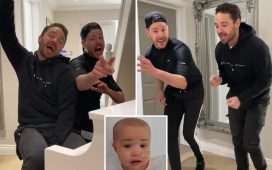 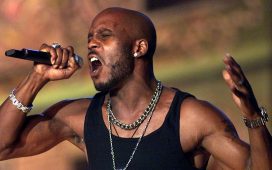 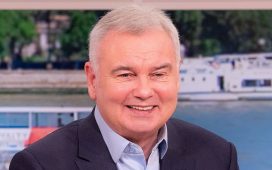 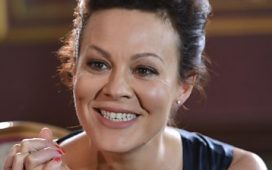 Helen McCrory: The life and career of Peaky Blinders star