GRINCH-LIKE France president Emmanuel Macron has stepped up threats to ruin our Christmas as the fishing war turns nasty.

He warned he would trigger aggressive moves to strangle Britain’s festive trade unless Boris Johnson caves on permits for fishing boats in the next 24 hours.

It came as a French judge ordered the release of a British trawler being held by officials in Le Havre — but the French government immediately scuppered it by appealing against the ruling.

Speaking at the G20 summit in Rome last night, Mr Macron said: “The ball is in Britain’s court. If the British make no movement, the measures of November 2 will have to be put in place.”

France claims it has given Britain a document on how to meet its demands and “hoped there would be a positive response tomorrow”.

If No 10 refuses, then Mr Macron will go ahead with his plan to launch reprisals.

They include slapping a mountain of red tape on British trade and hampering the flow of toys and food in the run-up to Christmas.

Paris will also swamp British fishing vessels with checks and block them from French ports.

But No 10 is expected to sue the EU for breaching the Brexit trade deal if France carries out its threats.

That could ultimately result in the EU being ordered to pay compensation or face tariffs on its goods.

Q: What is the row about?

A: France is angry 100 small boats wanting to fish in UK and Jersey’s rich coastal waters have been refused licences.

It accuses Britain of breaching its trade deal with the EU by refusing to grant better access.

No 10 says some boats don’t qualify as they can’t prove a history of fishing there pre-Brexit.

Q: What is France threatening?

A: Ramping up customs checks to disrupt cross-Channel trade and banning UK trawlers from landing catches at French ports from tomorrow, and hiking the price of the electricity it supplies for Jersey.

Q: What happens next?

A: No 10 says President Macron’s threats would breach the deal and is ready to sue the EU if he presses ahead.

It may trigger sanctions against the bloc. Talks to break the deadlock continue. 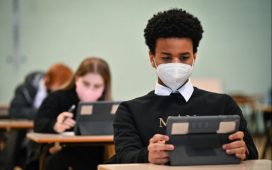 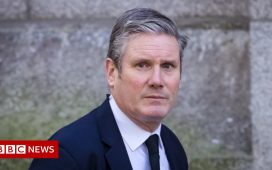 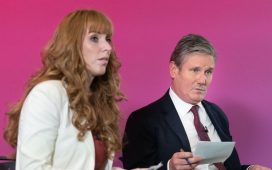 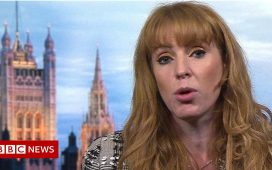 Angela Rayner: MPs should not use contacts for lobbying