Emmanuel Macron is taking legal action against a wealthy billboard operator who displayed posters depicting him as Adolf Hitler.

Lawyers for the French president are suing after the large images appeared in the Var in the south of France.

The posters, one of which appeared at the entrance to the Mediterranean town of Toulon – capital of the Var and home to an important naval base – showed Macron represented as the Nazi leader, with his toothbrush moustache, in full uniform and with the swastika armband altered to read LREM – La République En Marche – the president’s governing centre-right party. The accompanying slogan reads: “Obey. Get vaccinated.”

Michel-Ange Flori, who created and pasted the image on billboards, told the local newspaper he had been summoned by local police. “They confirmed that there had been a complaint from the Elysée,” Flori told Var-Matin. “I was surprised and shocked.”

He later tweeted: “In Macron-land, showing the Prophet’s rear is satire, making fun of Macron as a dictator is blasphemy,” referring to the satirical newspaper Le Canard Enchaîné’s controversial caricatures of the Prophet Muhammed.

Corsican-born Flori, who owns about 400 advertising billboards in the Var region, has previously caused controversy with his posters. In 2019, at the height of the Gilets Jaunes movement he was fined €30,000 for an advertisement reading: “The police talk to you every day on BFM-TV”, referring to the frequent appearance of police officerson the popular rolling news station.

In 1999 he was sentenced to seven years in prison for having “ordered the destruction of a building using explosive substances” after allegedly targeting his former employer, a charge he has always denied.

Over the last 20 years, Flori claims he has produced at least 100 provocative posters, insisting he is exercising his right to freedom of expression.

See also  ‘People’s Vote would be BETRAYAL of what we voted for’ - Boris Johnson ATTACKS second vote
Share on FacebookShare on TwitterShare on PinterestShare on Reddit
newscabalJuly 28, 2021

Sweden’s green dilemma: can cutting down ancient trees be good for the Earth? 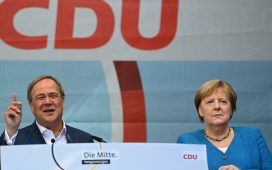 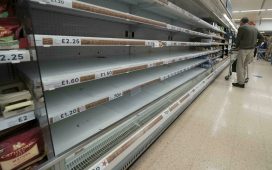 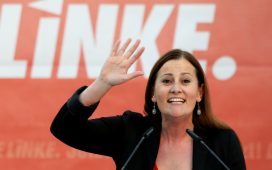 Could far-left Die Linke become part of next German government?