Australia’s Tomljanovic was leading Raducanu 6-4 6-3 in the fourth round when the British wildcard retired in worrying circumstances.

Raducanu, 18, appeared in distress as she was receiving medical assistance and did not return after leaving the court to receive more treatment.

Tennis legend McEnroe said the occasion ‘got too much’ for Raducanu but her opponent believes that is a ‘harsh’ assessment of her Wimbledon exit.

Tomljanovic, who will now face fellow Australian Ashleigh Barty in the quarter-finals, said: ‘I wasn’t a hundred percent sure what was wrong with Emma.

‘I did hear the reasoning. I’ll start with saying that I can’t imagine being in her shoes at 18 playing a fourth round in your home country. It’s something I can’t even imagine.

‘For him to say that, it’s definitely harsh. I have experienced something similar but not to that extent. I know that it’s a real thing.

‘I’ve spoken to athletes that have gone through that. It’s not easy. When I heard the reasoning, I almost felt worse about it because I know how bad that can feel.

‘But then again, it didn’t happen to me. I can’t imagine how she must be feeling having to pull out. Being down 6-4, 3-Love, you can come back from that quickly, especially on grass. It’s really sad that she had to do that. I do feel sorry.’

While it was not clear why Raducanu had retired, three-time Wimbledon champion McEnroe claimed the fourth-round clash ‘got too much’ for the British sensation.

He said: ‘It’s a shame. I feel bad for Emma. It appears like it just got too much which is understandable.

‘It makes you look at the guys and girls who have been around for so long and wonder how they handle it. Hopefully she will learn from this experience.

‘Maybe it’s not a shame this has happened right now when she is 18. I played this tournament at 18 and in a way I was happy I lost.

‘I was able to understand what it would take to make it. Allow her to take some deep breaths and maybe get some wildcards.’ 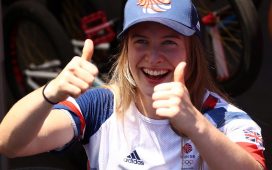 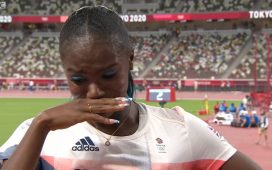