Emiliano Martinez has heaped praise on Mikel Arteta’s ruthless streak, which has seen him exile Matteo Guendouzi from the Arsenal squad.

Reports claim that the 21-year-old hasn’t trained with the first team since he grabbed Neal Maupay by the neck after the Gunners’ 2-1 defeat away at Brighton a fortnight ago.

Guendouzi was also involved in a heated clash with Arteta and his coaching staff during their Dubai warm weather training camp in February.

The Spaniard has taken a hard-line stance on the midfielder, who could now be offloaded this summer, and Martinez has backed his manager’s steely approach to dealing with players.

‘You’re in or you’re out, you’re with him or without him, and there’s no discussion on that,’ Martinez told Sky Sports.

‘We know that if we want to play and we want to be at this football club, we have to be on board.

‘That’s good for the team because no one can relax. If you relax, you don’t train properly or you don’t perform like he wants you to, you’re out.

‘You have to follow him and that’s what we’re trying to do now.’

Arteta has had a positive impact on his former side since he took over from Unai Emery in December.

The Gunners are on a four-match winning streak in all competitions and Martinez admitted he didn’t expect such a big impact from the Spaniard.

‘We knew Mikel would be a good manager when he signed here, but we didn’t know he would be this good,’ he added.

‘He is incredible. He knows how to deal with experienced players, with young players. He gives us a gameplan against anybody and gives us hope when we do the training sessions.

‘He knows what position you have to be in in every department, whether you are a goalkeeper, a striker or a left-winger.

‘And then, when we go into the games, those scenarios we worked on in training actually happen, so we start believing in every word that he says.

‘When he says something now, we are so willing to listen to him because we know he will take us to another level. That’s Arteta.’ 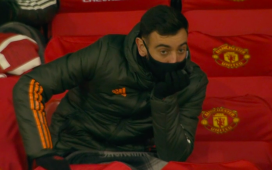 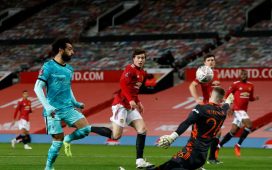 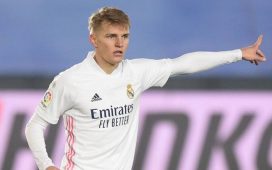