They issued an SOS: Save our sex doll.

A team of emergency rescue divers was flummoxed after responding to the scene of a nude “drowning woman” — only to discover that it was actually a floating life-size sex doll.

The uproarious gaffe was chronicled on Twitter by YouTuber Natsuki Tanaka, who had initially believed she was witnessing a real-life rescue in the city of Hachinohe off Japan’s northeast coast, Kotaku reported.

“While filming a fishing video, I thought a dead body floating in the water had washed up, but it was a blow-up doll,” Tanaka wrote about the strange scene, which occurred last week.

The influencer — yes, she has more than 272,000 subscribers on YouTube — added that someone else had mistakenly phoned the authorities over the “drowning” woman, prompting a “Blues Brothers”-esque army of emergency services to arrive, ready to rescue what they thought was a person in peril.

Indeed, accompanying photos show multiple fire and rescue brigades, police, and an ambulance working to dredge the dummy from the water in front of a crowd of onlookers.

Thankfully the adult toy was “rescued safely,” according to Tanaka.

It’s unclear how the blowup doll ended up in the water. (Perhaps this once-devoted doll lover finally got fed up with his silicone soulmate.)

However, another Twitter user, who also documented the bizarre rescue, chalked up the incident to illegal dumping of oversize trash, which is unsurprising given Japan’s stringent laws concerning garbage disposal.

Thankfully, one Japanese company has devised a more tasteful, eco-friendly way to put one’s inflatable paramours out to pasture — by throwing them a funeral complete with candles, undertakers and even “mourning” mannequins. 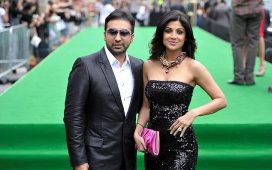 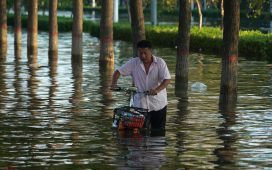 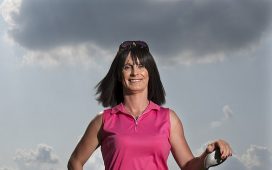 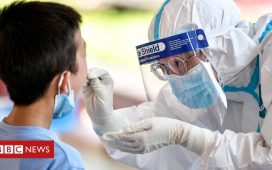