In an apparent email sent to beta testers, shared on Reddit, the “Better Than Nothing Beta” is an attempt to “lower [the] initial expectations” of prospective users.

“Expect to see data speeds vary from 50Mb/s to 150Mb/s and latency from 20ms to 40ms over the next several months”, the email reads.

“There will also be brief periods of no connectivity at all”.

Issues of internet speed have dogged Starlink for months. In August 2020, Starlink tests conducted by Ookla show download speeds ranging from 11 Mbps to 60 Mbps, while upload speeds have ranged from 5Mbps to 18Mbps.

Latency tests show a range between from 31ms to 94ms.

SpaceX had previously claimed that download speeds will reach 1Gbps, with a latency ranging between 25 to 35 milliseconds.

“With performance that far surpasses that of traditional satellite internet, and a global network unbounded by ground infrastructure limitations, Starlink will deliver high-speed broadband internet to locations where access has been unreliable, expensive, or completely unavailable,” the firm’s website claims.

A Starlink internet connection is also set to be costly.

The email did not mention any data caps on the service. SpaceX did not  respond to a request for comment from The Independent.

SpaceX published an app on the Apple App Store for beta users; a similar app is available on the Google Play Store.

“Under Starlink’s Better Than Nothing Beta program, initial service is targeted for the U.S. and Canada in 2020, rapidly expanding to near global coverage of the populated world by 2021,” the app’s description reads.

The company developed Azure Space so that it might be used to simulate space missions, or analyse satellite data.

It says that as well as the space industry, the fields of agriculture, energy, telecommunications, and government will also benefit from the project. 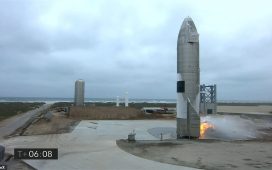 Nailed it! SpaceX launches and LANDS its Starship SN15 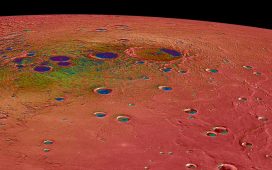 Stargazing in May: Is there life on Mercury? 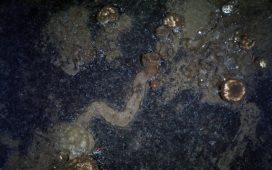 US declares support for patent waiver on Covid-19 vaccines