BILLIONAIRE Elon Musk has launched a sickening Twitter rant against a heroic British caver who led the rescue of 12 Thai schoolboys trapped in a cave – branding him a ‘pedo’.

The American businessman attacked the expat claiming “he never saw him at the cave” during the rescue mission.

Vernon Unsworth, 63, co-led the operation to save the schoolboys from the cave and earlier accused Musk of making a “PR stunt” and said the Tesla CEO can “stick his submarine where it hurts”.

The financial broker told CNN: “It just had absolutely no chance of working. He had no conception of what the cave passage was like.

“The submarine, I believe, was about five-foot-six long, rigid, so it wouldn’t have gone round any corners or any obstacles.”

The tech billionaire later ranted on Twitter that he would make a video proving the sub would have worked, adding: “Sorry pedo guy, you really did ask for it”. The tweet has since been deleted.

In a string of tweets responding to a journalist mentioning Mr Unsworth’s comments, Musk said: “Never saw this British expat guy who lives in Thailand at any point when we were in the caves.

“Only people in sight were the Thai navy/army guys, who were great.

“Their navy seals escorted us in – total opposite of wanting us to leave.

“Water level was actually very low & still (not flowing) – you could have literally swum into Cave 5 with no gear, which is obv how kids got in. If not true, then I challenge this dude to show final rescue video.

“You know what, don’t even bother showing the video. We will make one of the mini-sub/pod going all the way to Cave 5 no problemo.”

Mr Unsworth spent years exploring the Tham Luang cave system where the boys were trapped for 17 days, meaning he had expert knowledge that was vital to the rescue.

Reconstruction raises questions over death of Brit newlywed in Benidorm

Musk was mocked online after the lads were rescued from the caves without the help of his submarine, he has now hit back claiming the dive teams encouraged him to continue the work.

Earlier Musk tweeted a screenshot of an email from Richard Stanton who co-lead the rescue dive team telling him it was “absolutely worth continuing with the developments” of the submarine.

He claimed Mr Stanton was the actual expert in the rescue rather than Mr Unsworth and that he was told his submarine “may well be used”. 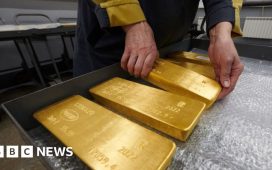