Elina Svitolina hailed Serena Williams’ longevity after she was comfortably beaten in the semi-finals of the US Open, labelling the 37-year-old as ‘unbelievable’ for still operating at the level she’s at.

Williams overpowered her Ukrainian opponent in a 6-3 6-1 win on Thursday night in New York to book her spot in a 10th US Open final – some 20 years after her first.

Despite being three weeks away from her 38th birthday, Williams covered the court with ease and pelted the ball with her usual ferocity. She’s showing few signs of slowing down.

Svitolina was left marvelling at the 23-time Grand Slam champion’s ability to perform in such a manner at the age of 37 and for continuing to have the drive to succeed in a notoriously ruthless sport.

‘Well, I don’t think I can do it, first of all,’ she said. ‘What she does is unbelievable effort on a daily basis.

‘I know that you have to work every day. You have to be always ready, always prepared for any match because everyone most of the time now playing their best level against you. All the girls from the first round, they’re ready to give a fight, take their chances.

‘What she does and what she achieved, it’s something unbelievable. For sure, everyone who dream about it. For now, only her who can do it. It’s really unbelievable.’

It’s been a good summer for Svitolina, who has reached back-to-back Slam semi-finals following her run at Wimbledon, where she lost to eventual champion Simona Halep.

‘Yeah, for sure last two Slams been good for me,’ the world No. 5 said. ‘I’m very happy the way I could handle the tough moments.

‘Unfortunately it’s both times finished really one-sided, which I have to analyse, I have to sit down with my coach, I have to work a lot mentally on how I have to handle those kind of matches.

‘That’s where you have to really step up your game.’ 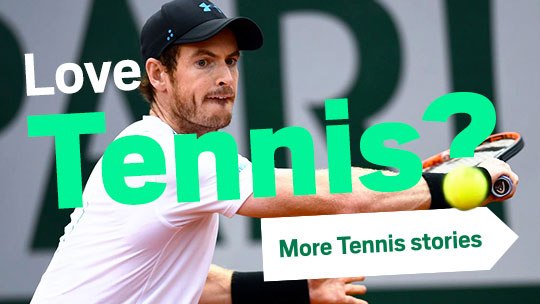