Technology which recognises the heat signatures of elephants during the day or night can be used to send alerts to communities living close to elephants.

The trial involves taking thousands of thermal photographs of the elephants – creating the world’s largest collection of thermal images of the animals – and using them to “train” the camera technology to recognise what an elephant looks like.

At the moment the model can confidently identify elephants and people up to 30 metres away.

The use of the thermal cameras has led to the plan being named the HEAT (Human-Elephant Alert Technologies) Project.

Alasdair Davies, conservation technology expert at ZSL told the BBC: “It can detect elephants confidently at a certain distance – and we want to get this into the field now and actually put it in the wild helping wild animals and communities live side-by-side.”

Due to habitat loss and fragmentation due to expanding human populations and infrastructure, elephants and humans are increasingly forced into close contact with one another.

This has led to human deaths and rising levels of retaliation against elephants, becoming a major conservation concern in elephant range countries across Africa and Asia.

In India around 400 people a year are killed by elephants, and around 100 elephants are killed, as people seek to defend themselves, crops and property.

As yet there are no other low-cost solutions available which can generate early warning alerts 24/7, but the thermal imaging of the HEAT Project’s technology could change that.

The ultimate aim is for the development of a low-cost camera system which can be used in the field.

This will allow people to detect and monitor the proximity of elephants constantly.

A spokesperson for Colchester Zoo said: “Cameras have been set up all around our enclosure taking thermal pictures of our elephants; from different distances, at different angles, and whilst the elephants are doing different things, such as training or reaching up to eat food.

“The images of our African elephants can also be compared to those of the Asian elephants at ZSL Whipsnade Zoo to detect the differences in size and shape of the different species.” 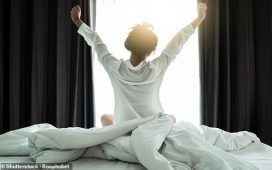 Using your favourite song as an ALARM can help you to feel more alert, study finds 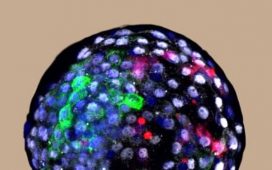 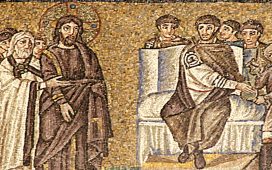 Revealed: the ancient propaganda war that led to the triumph of Christianity