Elections, to relaunch the Lebanese 'revolution' of 17 October 2019


Beirut (AsiaNews) – The first commemoration of the popular uprising of October 17, 2019 in Beirut was as lifeless and disappointing, as was the first flame of what we now call a “revolution”.

Broadcast live on six television channels – and one day it will be necessary to explain the role they played in its diffusion – this social uprising for some “marked the real end of the civil war” in Lebanon (1975-1990).

It led to the fall of the government led by Saad Hariri, overturned a whole series of political taboos and established a public debate on almost all the political and social issues of the moment.

Today, the fervour of the first days seems to have died down. The annual commemoration of this uprising failed to rekindle the flame of the beginnings, in a context of national depression accentuated by the tremendous double explosion at the port of Beirut, on 4 August, originating from 2,700 tons of ammonium nitrate stored without precautions.

The explosion devastated a part of the Lebanese capital, without the real perpetrators having been identified and brought to justice. This catastrophe has generated a sort of defeatism and a feeling of uselessness with respect to any effort aimed at achieving change in a part of the population, already plagued by all the crises the country has gone through.

Historians and political scientists hesitated for a long time before describing the revolt of October 17 last year “a revolution”, a definition quickly adopted by the population, because it was peaceful in nature compared to the usual means applied to overthrow a regime.

However, analysing this phenomenon in depth, the word “revolution” imposes itself all the same, albeit partially watered-down. This because, regardless of its possible developments, the October 17 movement is certainly a revolution of individual and collective consciences.

In the context of this uprising, there is a collective “no” to an old order and a collective, if somewhat confused, “yes” to a new order underpinning which there is an immense thirst for justice and freedom and a total and definitive rejection of the old order, entangled in unfair, sometimes violent and alienating compromises.

The “revolution” of October 17 went through two great phases, that of the insane hope of the early days in which the revolutionaries believed they could claim “everything, and now”, and that of the division and specialization of claims. The weakening of this uprising, also and above all due to the Covid-19 pandemic, has also dampened many of the initial hopes. But for political scientists, all of this was largely predictable.

For local affairs expert Jamil Mouawad, of the American University of Beirut, “the movement has failed to produce a program or leadership. Of course, its main slogan [“Everything, means everything!”], Was at first unifying and permitted people to overcome traditional communities and parties, but it’s all too general nature led to a dead end”.

“There have been revolutionaries – continues Mouawad – but not a class revolt. The uprising did not bring about a political transition. The discontent of citizens towards the political class, hitherto contained in the private sphere, spilled into the public space. However, we have not witnessed a revolution in the sense of a break with the past”.

On the other hand, it seems that the various entities that emerged from the revolt did not want to, or knew how to, work together.

The movement has given birth to a hundred groups, each of them with its own political will, but lacking a common vision. “In Beirut everyone pitched their tent, delivered their speech, but this space served to reflect much more the divisions of a unity among these groups” explains the political scientist.

Independent activist Halimé Kaakour, a professor of international law and human rights, quoted by my colleague Anne-Marie Hage from L’Orient-Le Jour: observes:“The political organization behind the revolt needed time to mature. But he didn’t have the luxury of the time”.

He also reiterates that it would have been “illusory to want to find oneself on a common platform, in particular with regard to civil marriage, the abolition of confessional system and many other dossiers, when the points of view were so divergent”.

Some analysts have blamed the October 17 revolt for its lack of combativeness. It should also be remembered that it was suppressed by the armed forces and that it was subjected to violent counter-demonstrations by groups led by Hezbollah.

One must therefore note that a certain intimidation played a significant role in its “weakening”. However, the choice of a peaceful path was itself “revolutionary” in an environment marked by violence, from the Arabian Peninsula to the enclave of Gaza, from the borders of Syria to Yemen.

Political scientist Joseph Bahout, cited above, notes “this non-violence has made it possible to ensure wider popular support for the protest”. But for Elie Fayad, editor-in-chief of L’Orient-Le Jour, it is the only prerequisite for a possible victory.

In an editorial in which he reviews the how we may emerge from a “blocked political system”, Elie Fayad invites protesters to prepare adequately for the next electoral round in Lebanon, and writes: “It is through politics that we can save politics in Lebanon “.

Those who want to remain “pure” will do even better to stay at home. The others will have to “get their hands dirty” and negotiate alliances, one-off or lasting, with one or other traditional formation, against this or that party […]. At the level of Lebanon, the entry of 10, 15 or 20 deputies from the “thawra” to Parliament (out of 128 seats in total) would already have “the effect of a major political earthquake”. In short, to give new life to the glorious days of October 2019 there is one and only one great path: elections”.

80% Of Asian Americans Say They Are Discriminated Against 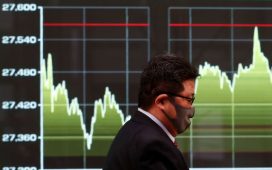 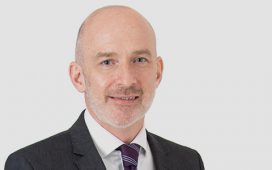 The Future of Family Offices in Asia: the Rise of Governance 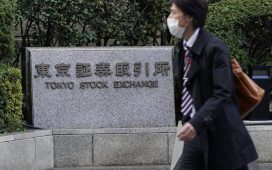 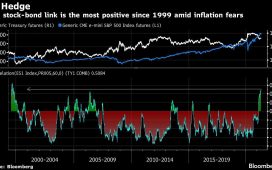