NEWSCABAL
Home » Election results MAPPED: Oddschecker reveals THIS is how the country will look on Election
europe

Election results MAPPED: Oddschecker reveals THIS is how the country will look on Election


While the news is positive for Boris Johnson, the Prime Minister may end up sacrificing his seat in Parliament this year.

As the Tories gain a majority, they could lose Zac Goldsmith’s Richmond constituency to the Liberal Democrats.

DataPraxis also suggests Dominic Raab’s Esher and Walton majority could drop to just 2,972 over the Liberal Democrats, and Iain Duncan Smith could fall foul of tactical voting with a small majority of 1,914. 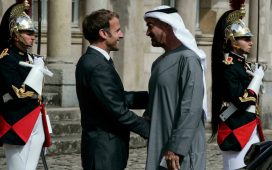