Mr Corbyn was at Vision West Nottinghamshire construction college as part of his campaign trail when he guided apprentice Drew Wainwright to a wall the youngster was building. As cameras clicked to take endless images of the pair, both in a high vis jackets, a confident Mr Corbyn hollered: “Can you form a queue?” ITV crews then cut to Drew who said simply: “I prefer Boris Johnson hundred percent.

“It’s just my background and where I come from.”

The Tories leaped on the hilarious opportunity by tweeting about it on social media.

Sharing a clip of the comment, the Conservatives tweeted: “People across Britain are backing Boris Johnson to get Brexit done and unleash the potential of the whole country.”

Voters also poked fun of the Labour leader with replies.

Mr Corbyn was at Vision West Nottinghamshire construction college as part of his campaign (Image: GETTY)

Mr Corbyn hollered: “Can you form a queue?” (Image: GETTY)

One said: “Is this the young gent who said he would vote for Boris when you asked him?”

Another added: “Hahaha! That lad said he would vote Boris.”

Mr Corbyn tweeted a picture of himself with Drew.

He captioned the image: “Labour will build 100,000 council houses a year.

“And this young man will help build them.”

A commenter said: “ guess he will, Jezza.

Another said: “The lad in this picture is voting for @BorisJohnson Jeremy.”

Mr Corbyn has been campaigning up and down the country (Image: GETTY)

A third added: “That same teenager said he preferred Boris Johnson to you.”

Another joked: “And how many unicorns will be set free? Go on … just pick a number.”

The humiliation comes after a 25-year-old Labour candidate was left red-faced after posting on Facebook and Twitter that Mr Johnson is a “legend”.

And this young man will help build them. pic.twitter.com/qhFNIOCM4u

James Wilder is standing is the safe Conservative seat of Newbury, Berkshire, praised Mr Johnson, the then-Tory mayor of london, in a series of Twitter posts that also saw the MP hopeful suggest he would want him to be his father.

The post was in relation to the 2012 Olympics held in London.

Another glowing post from Mr Wilder popped up in 2014 during the Invictus Games.

The election is on December 12 (Image: EXPRESS.CO.UK)

He shared a snap on Facebook with the comment: “Boris giving me and Jono Spencer a wave. What a man.”

A friend commented: “Probably thought you were his long lost son Wilder.” Mr Wilder replied: “I’ll take that Bearpark. The man’s a legend!”

The embarrassing posts have resurfaced as Mr Wilder knocks on doors to attempt to gain enough support before the general election on December 12.

Mr Wilder attempted to downplay the comments in a recent post, insisting he was a “schoolboy” at the time – despite the more recent of the posts being uploaded a mere five years ago.

He said: “While the Conservatives with no forward thinking policies of their own are focusing on what a schoolboy said 10 years ago, my campaign is focusing on the positive policies to transform West Berkshire.”

In 2016, two years after the second post about Mr Johnson, Mr Wilder uploaded a selfie with the Labour leader Jeremy Corbyn. 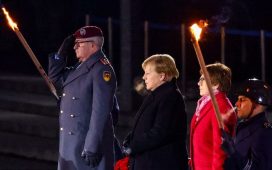