EFL: Manager and players sent off on day of dismissals and new records


September, September. Summer is in its final throes and schools will soon be starting back for a new year.

The first day of a new month featured some warm sunshine and seemingly a few hot collars both on and off the pitch as tempers flared.

Managers and players were being handed their marching orders, with nine red cards shown on the pitch across the three divisions and a couple off it for those the other side of the touchline.

Meanwhile, one boss had an uncomfortable watch from the stands of his new employers in action.

Peterborough United have been pulling up a few trees with their impressive start to the campaign in League One, but on Saturday their boss was the centre of attention for the wrong reasons.

Steve Evans has never been one to shy away from the limelight, but on this occasion he may have been wise to have done so.

Posh dropped their first points of the season in a 1-1 draw at home to Doncaster, a club managed by Evans’ predecessor at the ABAX Stadium, Grant McCann.

Evans and assistant manager Paul Raynor were sent off by referee Darren Bond in the closing stages, having both previously been cautioned.

“I’ve not seen the FA in a while, but I suspect I’ll be seeing them next week,” Evans said after the game.

“If the fourth official deems being half-a-yard outside the technical area is worthy of a second yellow card, then that’s not what the League Managers’ Association were told in the summer meetings by the officials’ body.

“Mrs Evans won’t be happy when I’m giving them some money, but hopefully someone can explain the decision to me.”

A red mist by the seaside

Sticking with the theme of red cards – there were three of them in Southend United’s meeting with Charlton Athletic at Roots Hall.

They were all shown in time added on, two to the hosts and one to the visitors, who incidentally came away 2-1 winners.

All this had come moments after a late header from Krystian Bielik had seen the Addicks snatch the three points.

It’s been an eventful week on and off the pitch at Notts County. They started the week with Kevin Nolan in charge and ended it with Harry Kewell as incoming manager.

But there was a familiarity at the end of it all – County were on the wrong end of the scoreline.

Former Leeds and Liverpool striker Kewell, 39, left fellow League Two club Crawley for the banks of the River Trent on Friday and was watching on from the stands as his new club were beaten 3-1 at home by Forest Green Rovers.

Mark Crossley took caretaker charge of the Magpies, but there were scenes of discontent as many home supporters headed for the exits early as the hosts conceded their third.

“I understand now why managers don’t sleep at night, because I didn’t last night.

“We’ll be in tomorrow, the new manager is excited. Luckily for him we are only six games in”.

Luckily indeed as County are rock bottom of League Two with just a point to their name.

Incidentally, Kewell’s former employers Crawley fared little better as they were beaten 2-1 at Oldham by a late winner from Sam Surridge.

Some things in life are certainties. Births, marriages, deaths and Tom Pope goals for Port Vale.

It was a day to remember for the 33-year-old as he became the club’s new record goalscorer at Vale Park, notching his 56th strike in front of his own supporters.

But despite surpassing Stan Steele’s previous tally of 55 with a thundering first-half header, Pope was unable to steer the Valiants to victory against Newport County.

Pope’s three spells with the club, stretching back to an initial loan spell from Rotherham in early 2011 have included 91 goals in all competitions from 248 appearances.

On another day, he could have had more than the record-breaking one as he hit the post with a first-half header and also had a penalty appeal turned down.

“In 20 years time I might sit in the pub and tell people that I was record goalscorer at Vale Park, but when you’re losing games, it’s the last thing you want to think about,” Pope told the club’s website.

And talking of records – how about this one for a club that would be seemingly happy to play the same opposition at home every week.

While a goalless draw in League One between Walsall and Blackpool may not have appeared much on the surface, it did stretch the Saddlers’ impregnability against the Tangerines on home soil to 18 matches.

You have to go back to September 1900 for the last time Blackpool were victorious at Walsall.

I’m not sure how many travelling fans made the trip that day, but maybe they’ve passed the story down through the generations who are still waiting for success at the Banks’s Stadium. 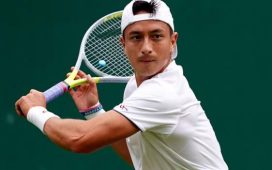 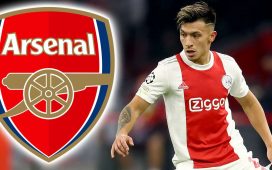 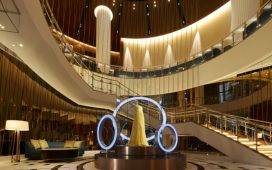