The Economic and Financial Crimes Commission has invited the former Governor of Imo State, Rochas Okorocha for questioning.

Although the details of the invitation were yet unknown, Mr. Okorocha, a serving Senator, was still with the EFCC as of Tuesday evening, sources said.

In February, Mr. Okorocha was invited for questioning by the Commissioner of Police in Imo State, Nasiru Mohammed.

The police said the Senator’s invitation was prompted by his alleged involvement in gaining forceful entry into a property confiscated by the State Government. 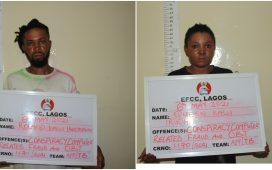