One of Britain’s biggest energy suppliers is pressing ministers to pass on an estimated £180m value added tax windfall from higher electricity and gas bills to the most vulnerable households, as a cost of living crisis looms.

The Treasury will collect the extra VAT revenues this winter due to the sharp rise in energy bills, according to calculations by EDF Energy, the fourth largest supplier.

Philippe Commaret, managing director of EDF Energy’s customers business, said the company had calculated that about 2.2m lower income households already in receipt of a “warm home discount” on their bills would each receive an additional £80 from the proposed disbursement.

“We believe that actions have to be taken swiftly to especially help vulnerable customers, and we have been thinking [about] what can be implemented easily,” Commaret told the Financial Times.

EDF’s proposal reflects similar calls from fuel poverty charity National Energy Action to redistribute higher receipts from both VAT and carbon taxes to the poorest households. NEA has warned that soaring energy bills could plunge more than a million additional households into fuel poverty next year.

The cost of electricity and gas has soared since the summer as wholesale gas prices spiked and are now at levels about four times higher than at the start of the year.

Chancellor Rishi Sunak had considered cutting the 5 per cent VAT rate on energy bills in the run-up to October’s Budget but ultimately did not push it through.

Economists and charities have warned of a serious cost of living crisis this winter and spring as families face a range of pressures on their finances, including rising food prices.

Soaring gas and electricity prices have also hit energy suppliers hard, with 26 companies having gone bust since the start of August. The biggest, Bulb, is being propped up by a £1.7bn government loan in the biggest taxpayer bailout since the rescue of Royal Bank of Scotland during the financial crisis in 2008.

Analysts estimate that the costs of rescuing the failed suppliers — which are ultimately passed on to consumers via a levy — will add more than £120 to every household’s energy bill. 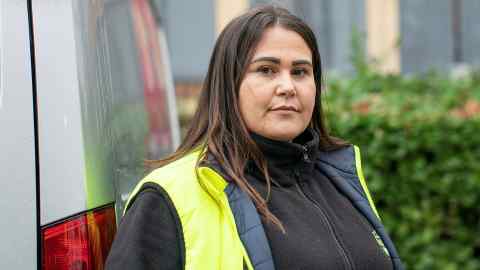 EDF’s VAT calculations are based on a comparison of this winter’s energy price cap — which regulates energy bills for more than 15m households and is reviewed every six months — to last year’s. The price cap was raised by more than 12 per cent at the start of October to £1,277 annually. In the winter of 2020/21, it was £1,042 based on average usage.

Analysts have calculated the cap could jump by more than 40 per cent to £1,800 when it is next adjusted in April.

Commaret also called on the government and Ofgem, the industry regulator, to look at ways of spreading the costs of rescuing failed suppliers to avoid a big jump in the levy on bills in one go next year.

The government said protecting consumers was its “top priority” and had increased the warm home discount to £150 and extended it to cover an extra 750,000 households.