Eddie Hearn has told Tyson Fury to get his trilogy rematch against Deontay Wilder “out of the way” so he can fight Anthony Joshua this year.

Since Fury beat Wilder on Saturday night to take the American’s WBC heavyweight title, the clamour has grown for an all-British unification bout between the Gypsy King and Joshua.

Leading the calls is Joshua’s promoter Hearn, who is keen to see his fighter put his WBA, IBF and WBO belts on the line against Fury in 2020.

But standing in the way of that is Wilder, who confirmed on Monday he will trigger the rematch option in his contract to set up a third fight with Fury.

Hearn says there is little appetite for the trilogy to be completed after Saturday’s seventh-round stoppage in Las Vegas followed a draw between the two in December 2018.

And he urged Fury to “hurry up” and beat Wilder again so he can move on to face Joshua.

“People don’t want the third fight,” said Hearn. “They’ve had 19 rounds now – Wilder’s probably won three of them and in the last fight he got battered.

“But I understand the contractual position. He does have a right to a rematch clause.

“I’d just say ‘Hurry up, please’ and do it quickly.

“We just hope they get on with it and get it out of the way.”

While he waits to fight Fury, Joshua is due to face mandatory challenger Kubrat Pulev at the Tottenham Hotspur Stadium on June 20.

Hearn said: “We can’t get Fury, we’ve got to fight Pulev and we’ll get that out of the way.”

The third fight between Fury and Wilder was due to take place on July 18 in Las Vegas, but the Brit’s promoter Bob Arum has said it could be pushed back until September or October and be held at the new Las Vegas Raiders’ stadium.

That would see a fight against Joshua delayed until 2021.

But Hearn said: “Hopefully, Fury can get his out of the way and we can get this done in November or December this year.”

Could the Premier League play out the season in China? 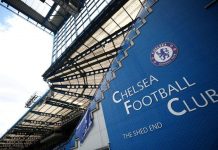