The Shadow Business Secretary said the Tories would reverse the Universal Credit cuts which are set to take place in five days time, if they cared about the fuel poor 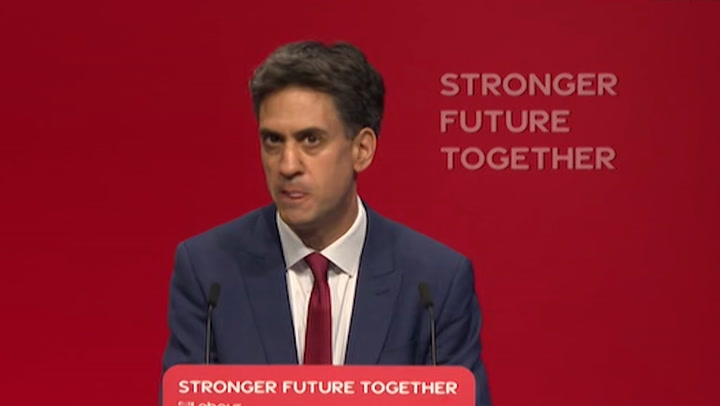 Ed Milliband has slammed the Tories as “out of touch charlatans” and blames them for the energy crisis.

Brits are battling fuel and food shortages, increased food costs and soaring household bills, alongside a shortage of lorry drivers.

Mr Miliband said that on top of the fuel crisis, the cost of living has been made “far worse” with cuts to the Universal Credit uplift.

Speaking at Labour Conference, Shadow Business, Energy and Industrial Strategy Secretary said: “Let’s be clear friends, this energy price crisis is a disaster made in Downing Street, a disaster caused by a decade of Tory climate inaction.

“Of course they are making the cost of living crisis far worse by cutting Universal Credit.”

As Mr Miliband made his speech, Transport Secretary Grant Shapps said there is “no shortage of fuel”.

Mr Miliband reflected on the Tories “lack of action” on tackling the climate crisis and recalled the Prime Minister’s comments on coal mines.

“He joked that Mrs Thatcher closed the pits and gave us a head start. This guy laughing about people losing their jobs, communities losing their lifeblood, generations losing hope. How dare he?

“How dare this arrogant, contemptuous, cruel, shameless, duplicitous, out of touch charlatan, laugh about the devastation of coalfield communities.’

A shortage of drivers has disrupted fuel deliveries, with some gas stations closing, and queues forming
(

Rolling out his policies, Mr Miliband said: “A Labour government will require every major business to tell us their carbon footprint and how it is consistent with net zero.

“That’s what we mean by delivering climate justice and economic justice together. “

Mr Miliband said gas prices are surging because the Government has not done enough, leaving the economy vulnerable to price instability of the international gas market.

Speaking on the Andrew Marr show, the Transport Secretary said the crisis is “nothing new”. Adding: “One of the features of the situation we are in is there has been a shortage for a very long time, so this is nothing new.

“But as soon as you say to people there is a shortage, people tend to react and it is not required; there is plenty of petrol in the country if we all go back to buying petrol as we normally buy it.

Sir Keir Starmer has ruled out nationalising the UK’s largest energy firms in a major departure from the leadership of Labour under Jeremy Corbyn. 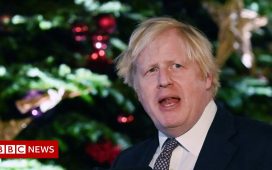