JEREMY Corbyn is “responsible” for the party’s failing to deal with anti-Semitism as leader – and his top team meddled in 23 claims of hate – a scathing report found today.

The equality watchdog said anti-semitism “could have been tackled more effectively if the leadership had chosen to do so”, pinning the blame squarely at the foot of the former Labour boss.

The long-awaited ECHR report into anti-Semitism in the Labour party found there were three separate breaches of the law.

This was for members harassing Jewish members, for Mr Corbyn stepping in and interfering with complaints of anti-semitic bullying, and for the party failing to provide training to deal with those complaints.

And they found the “failure of leadership” was down to Mr Corbyn.

There was “evidence of political interference within his office” throughout his time as party boss.

Alasdair Henderson, from the EHRC, said today: “The failure of leadership was during the time when Jeremy Corbyn was leader.

“As leader of the party, with evidence of political interference within his office, he has a responsibility for those failings.”

These included stopping investigations happening or preventing people being suspended.

The report illustrated an example of Mr Corbyn meddling in a complaint against himself – after he praised an anti-semitic mural.

Staff working for the former leader dismissed the complaint saying it “falls well below the threshold” for an investigation.

But the Labour boss today refused to apologise for his role in the sorry saga, instead blaming “political opponents” for whipping it up and “overstating” it.

And he refused to accept the report’s findings in full – as the Labour Party under new boss Sir Keir Starmer has done.

He blamed inheriting a broken complaints system and attacked the party for failing to overhaul it.

Today Sir Keir vowed that anyone saying anti-Semitism is exaggerated has no place in the party – but he stopped short of kicking him out of the party.

He would only say it was a failure of “collective leadership” and did not single out the former boss.

In a shameless statement, Mr Corbyn said today: “The scale of the problem was also dramatically overstated for political reasons by our opponents inside and outside the party, as well as by much of the media.”

And he added he “did not accept all of the reports findings.”

He blamed inheriting a broken complaints system and attacked the party for failing to overhaul it.

Mr Corbyn claimed as leader he was “determined to eliminate all forms of racism” including anti-Semitism – but the ECHR said his team had meddled in complaints.

The report found there were three separate breaches of the law – for members harassing Jewish members, Mr Corbyn’s team stepping in and interfering with complaints of anti-semitic bullying, and the party failing to provide training to deal with those complaints.

Sir Keir Starmer said it was a “day of shame” for the party and demanded a change in culture in the party.

He accepted the report in full and vowed to come up with a plan to tackle all the issues within six weeks.

In a warning shot at critics he blasted: “If you are anti-semitic, you should be nowhere near this party, and we will make sure you are not.

“We have failed our members, our supporters and the British public.

“I am truly sorry for the pain and grief that has been caused.”

In a side swipe at the former Labour boss he said anyone who claimed anti-Semitism was “exaggerated” was a “part of the problem”.

But he fell short of telling Mr Corbyn he must leave the party – disappointing critics.

Jewish Labour Movement said today that anyone who claims anti-Semiticm was exaggerated or a factional attack must be booted from the party.

Chairwoman Margaret Hodge said he was “in denial” about the situation, adding: “It happened on his watch”.

But she said he was “yesterday’s man” and didn’t call for him to go.

Gideon Falter, Chief Executive of Campaign Against Antisemitism, said the report was a “groundbreaking document”.

He said: “The debate is over. Under Jeremy Corbyn’s leadership, the Labour Party became institutionally antisemitic. It drove almost half of British Jews to consider leaving the country.

“For five miserable years, every effort to compel Labour to reform failed.

“The EHRC’s findings and recommendations today – that Labour’s leadership and culture created an unlawful environment that discriminated against Jews – closely align with the hundreds of pages of evidence and argument that we submitted to the EHRC over many months.”

“Jeremy Corbyn and those around him who took part in or enabled the gaslighting, harassment and victimisation of Britain’s Jewish minority are shamed for all time.

“Those who defended and stood by them are shown to have made possible the closest flirtation that mainstream British politics has had with antisemitism in modern history.”

The Labour party should, according to the EHRC: 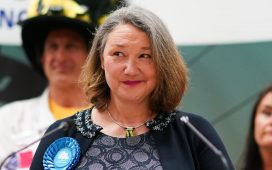 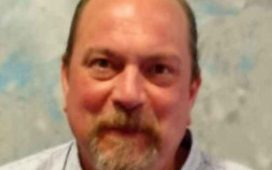 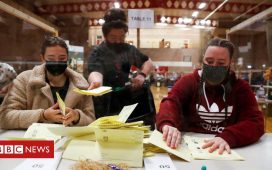 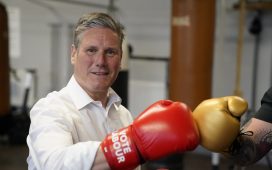 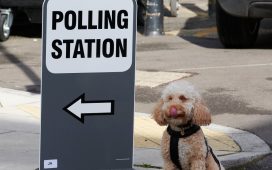