‘Ian looks like a Borrower!’ EastEnders fans are left baffled as Peter Beale returns SEVEN INCHES taller… after role was recast for the seventh time

By Laura Fox For Mailonline

He made a dramatic return to the soap last week following news of his brother Bobby’s attack.

But EastEnders fans were noticeably distracted during Peter Beale’s return, as they noted he seemed to have grown seven whole inches during his time away from Walford.

Many viewers took to Twitter to poke fun at the hilarious transformation, after the character was recast for the seventh time with newcomer Dayle Hudson. 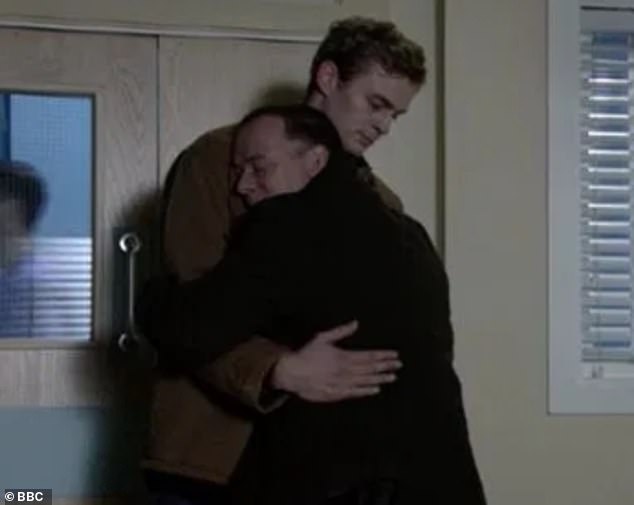 Wow he’s grown! EastEnders fans were noticeably distracted during Peter Beale’s return to the soap, as they noted he seemed to have grown seven inches

Peter’s first scenes aired on Friday when he was reunited with his grandmother Kathy Beale, following the news that Bobby had been hospitalised after being attacked by Islamaphobic thugs.

During his first scenes, it was clear that he now towered over both his nan, and his dad Ian Beale, who he attempted to comfort in later episodes following the death of Sharon Mitchell’s son Dennis. 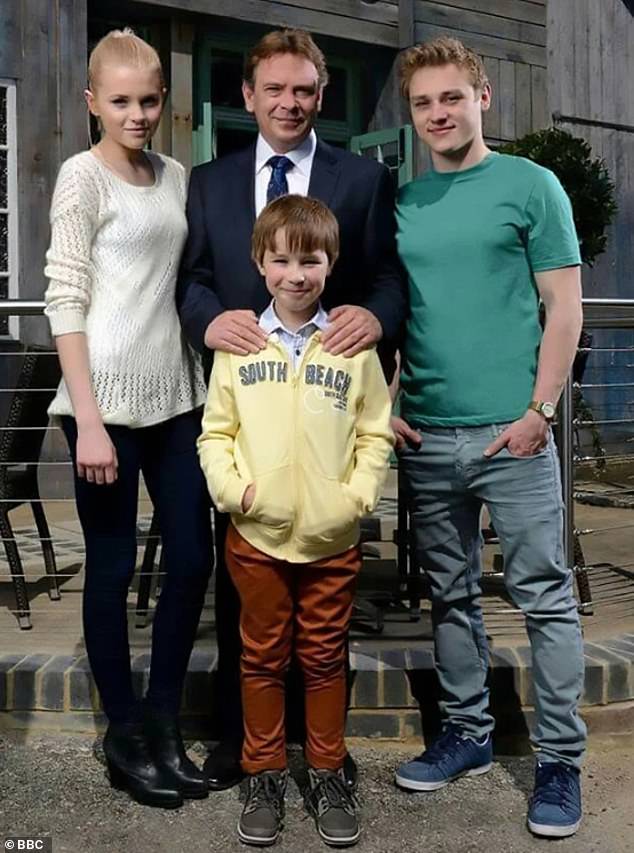 Not so tall: The previous incarnation of the character, played by Ben Hardy, was a mere 5ft 8 inches tall (pictured with the Beale family) 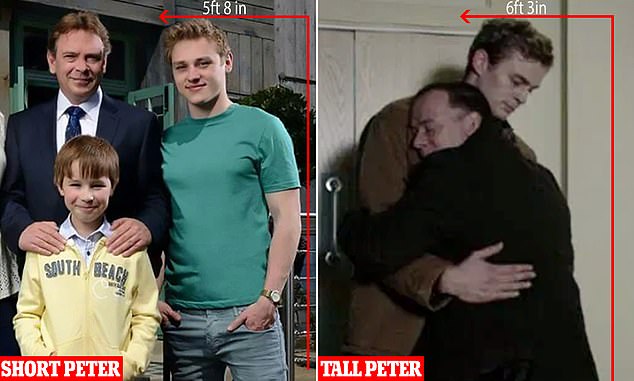 The drastic change did not go unnoticed by soap fans, who rushed to Twitter to question Peter’s drastic transformation.

One posted: ‘So Peter Beale is back and now he’s 9 feet tall,’ while another wrote: ‘Ben’s storyline is heartbreaking, but come on Peter Beale is nearly 7ft tall.’

A third wrote: ‘Why is the new Peter Beale like 20ft tall? Iain looks like a borrower.’

A fourth added: ‘Oh a little sidenote but, how tall is new Peter Beale?!’ 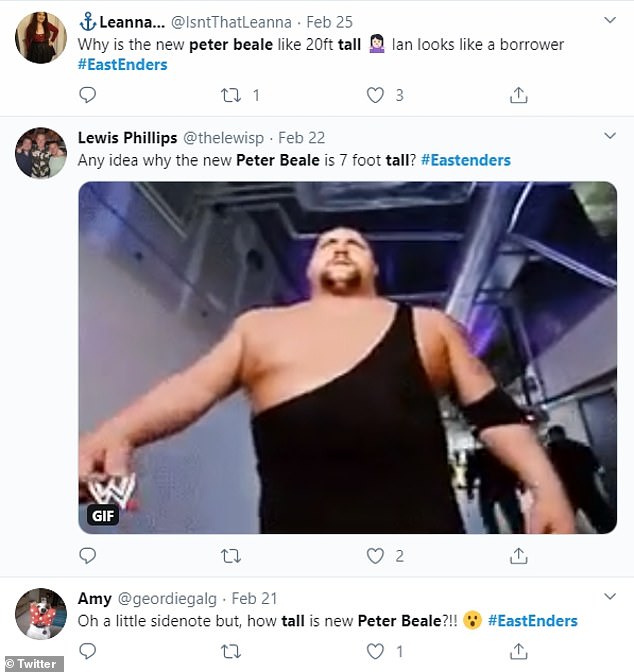 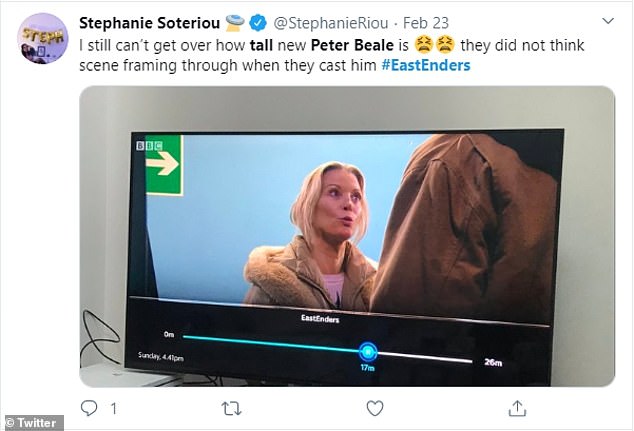 One viewer tweeted: ‘I still can’t get over how tall new Peter Beale is, they did not think scene framing through when they cast him.’

‘Why is Peter Beale so tall?’ another fan tweeted.

Dayle is the seventh actor to take over the role of Peter Beale after actor Ben Hardy decided to quit the soap in 2015 to pursue a career in Hollywood. 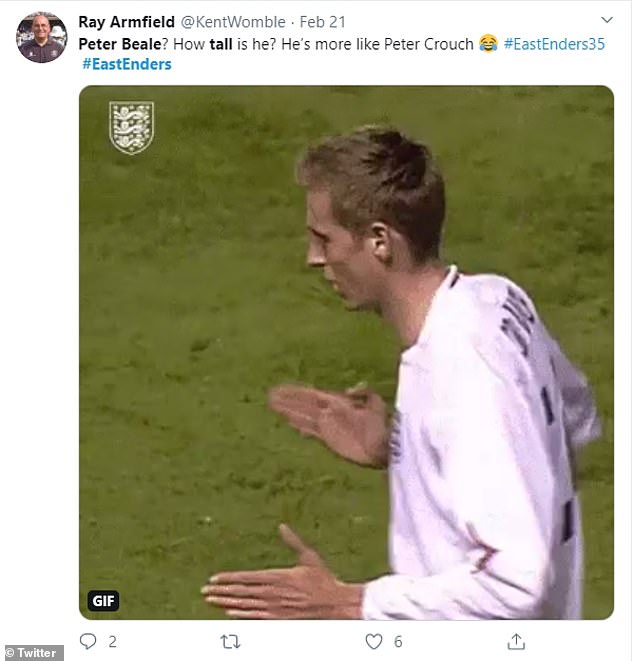 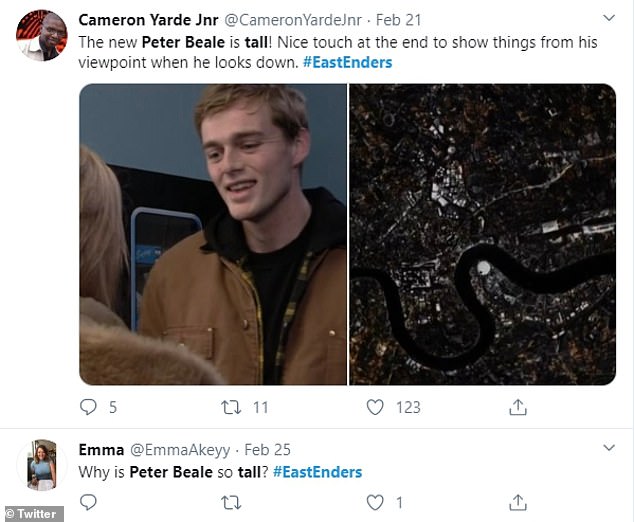 Bizarre: As they soaked up Peter’s surprise transformation, many soap fans took to Twitter to poke fun at his drastic change in height 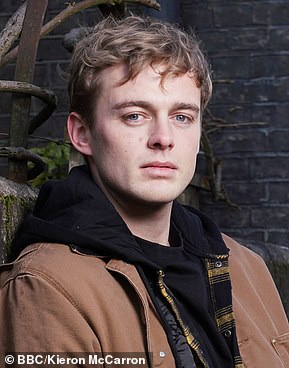 Dayle Hudson is the seventh actor to play Peter Beale

Dayle has taken over the role of Peter after he made a surprise return to Walford following the news that his brother Bobby had been hospitalised. So far little is known about his return, though it has been teased that he will ‘exorcise some demons.’ 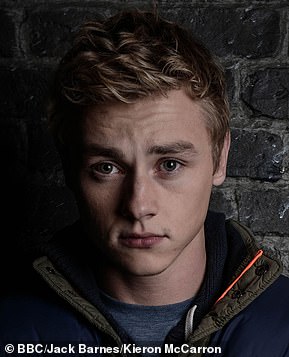 Ben played Peter during the emotional Who Killed Lucy Beale? storyline, and eventually left for a new life in New Zealand. Ben quit the role of Peter in 2015 to pursue a career in Hollywood, and has had roles in X-Men: Apolcalpyse and Bohemian Rhapsody 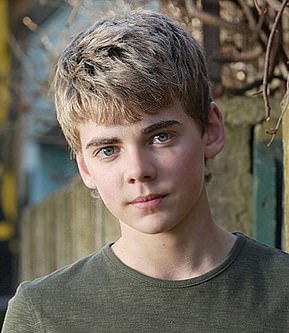 During Thomas tenure as Peter he was loggerheads with his sister Lucy, and in the midst of a turbulent romance with Lauren Branning. He left Walford in 2010 with Lucy to live with their grandmother. 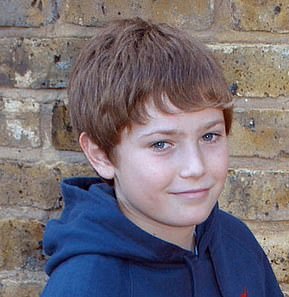 James was one of several young actors to play Peter as a young schoolboy, and he suffered a close call in 2004 when he was nearly killed by a fairground ride. 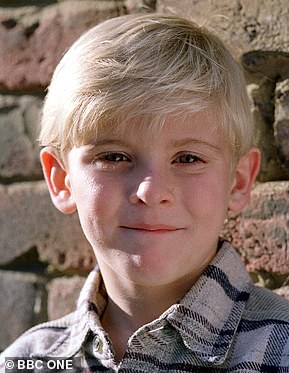 Joseph was another actor to play Peter as a sweet young schoolboy for six years. In 2017 Joseph admitted carrying out a string of sexual offences against three underage girls in 2017 but was spared jail during a court hearing. 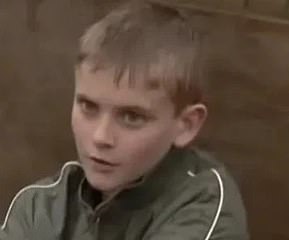 Sweet: Alex was the second actor to play Peter in the late 1990s

Alex was the second actor to play Peter in the late 1990s, in the midst of the custody drama between Ian and his then-wife Cindy.

Francis played Peter as a young baby and during his toddler years, after he was born to dad Ian and mum Cindy, who died off-screen in childbirth in 1998.

Prior to Ben’s stint as Peter, the part was previously played by Thomas Law for four years between 2006 and 2010 before he moved to Devon with Lucy to live with their grandmother.

Before his time on the show the role was given to James Martin, however he quit the BBC soap after just two years as Peter.

The second actor to play Peter was Joseph Shade who took on the role for six years between 1998 and 2004, and before him was Alex Stevens for just one year. 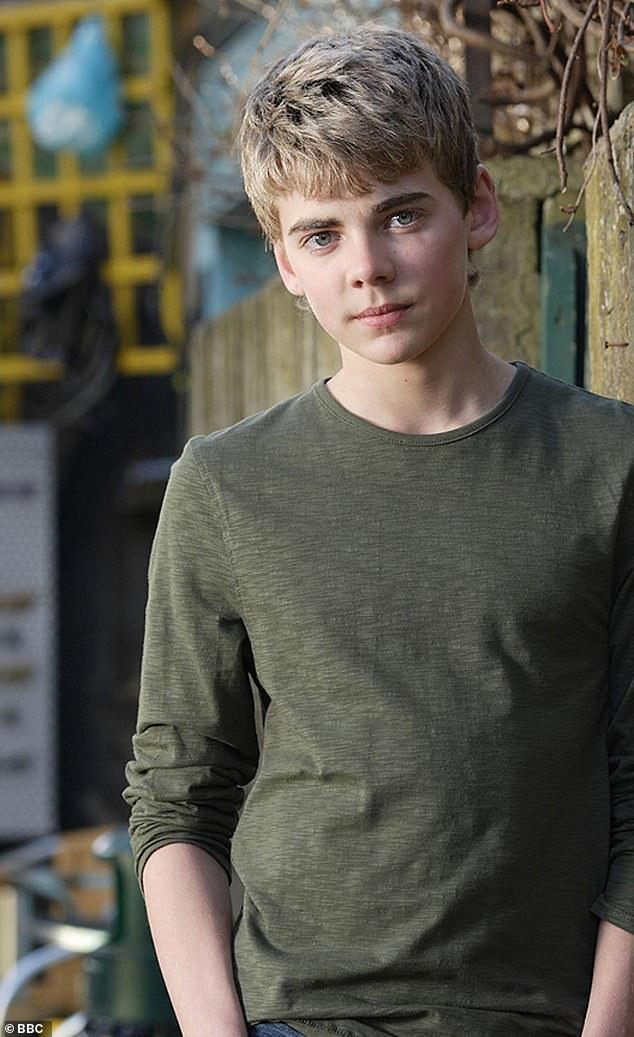 Old face: Prior to Ben’s stint as Peter, the part was previously played by Thomas Law (pictured) for four years between 2006 and 2010 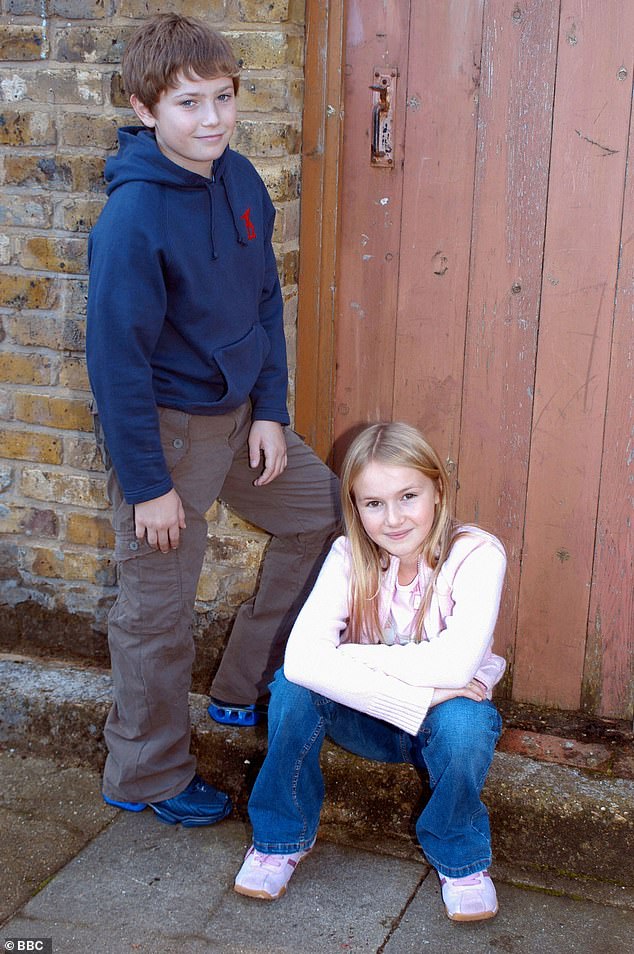 Peter’s former face: Before his time on the show the role was given to James Martin, however he quit the BBC soap after just two years as Peter 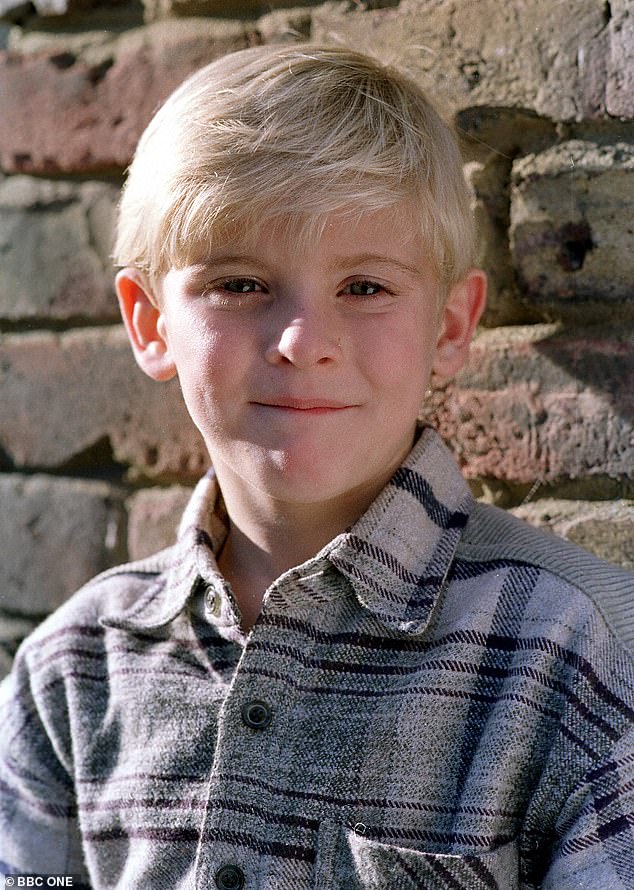 Younger days: Joseph Shade took on the role of Peter for six years between 1998 and 2004

Joseph previously admitted carrying out a string of sexual offences against three underage girls in 2017 but was spared jail during a court hearing.

Joseph confessed to a string of offences against girls aged between 14 and 17, committed while he was working in Norfolk.

As a baby and a toddler, Peter was first played by Francis Brittin-Snell from 1993 to 1996.

Peter’s return to the soap has been shrouded in secrecy, though showrunner Jon Sen has hinted that he will coming back to ‘exorcise some demons.’

He departed the Square five years ago for a new life in New Zealand, after struggling to come to terms with the death of his twin sister Lucy, who was killed by their half-brother Bobby. 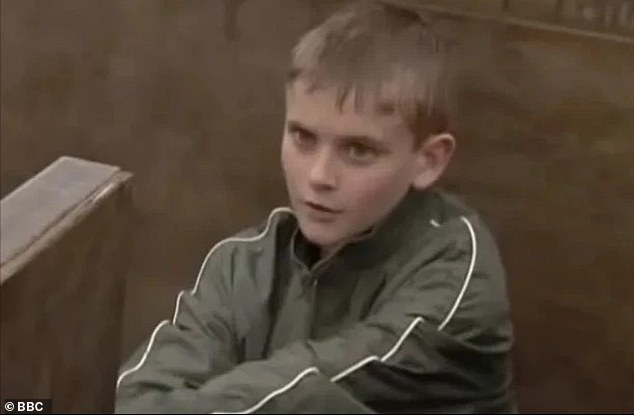 Cute: The second actor to take on the role of Peter Beale was Alex Stevens for just one year from 1997 to 1998. As a baby and toddler Peter was played by Francis Brittin-Snell

Lady Gaga’s father is slammed after asking for $50,000 to pay his restaurant staff’s wages amid coronavirus pandemic