The temperature rise is now around 2.16F (1.2C) above the pre-industrial temperature average, the Copernicus Climate Change Service warned. 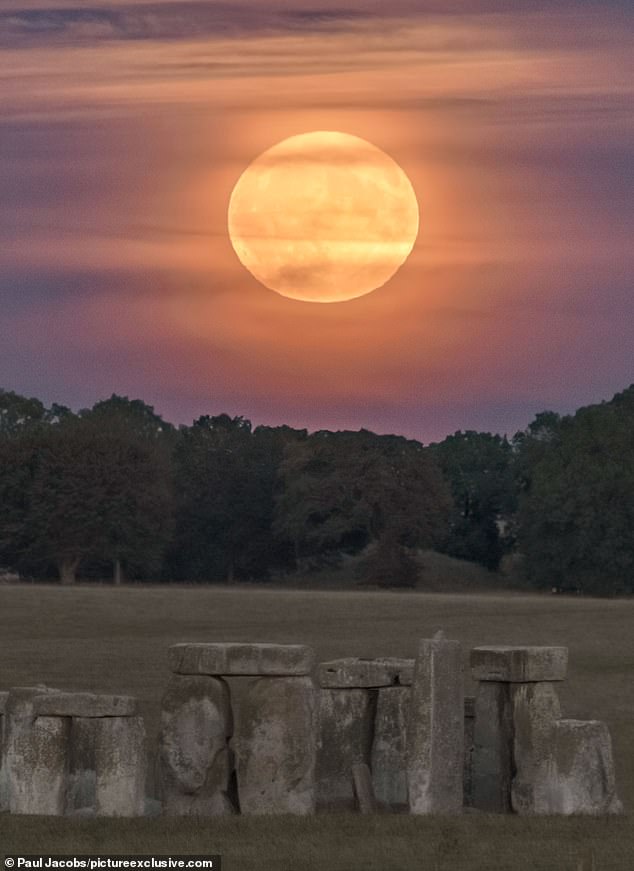 However they added that although it was warmer in much of Europe, U.S and the Arctic –  Norway and Sweden, south-western Russia and the central Asian republics were cooler than usual.

Copernicus head Jean-Noel Thepaut said: ‘With continued greenhouse gas emissions and the resulting impact on global temperatures, records will continue to be broken in the future.’

Of the last twenty two years twenty have been the hottest on record with temperatures increasing year on year, according to the UN World Meteorological Organisation.

Deadly consequences have been predicted as a result of climate change by the UN Intergovernmental Panel on Climate Change.

Temperatures could increase by a further 5.8C by 2100, according to scientists predictions.

Yesterday an alliance of more than 11,000 scientists signed a paper which declared the climate emergency before providing a set of effective actions humans could take. 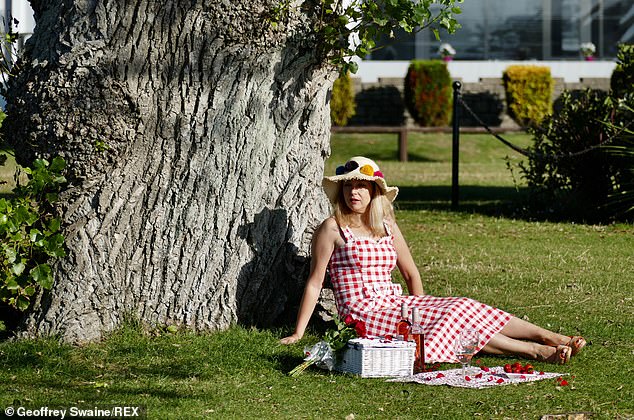 A woman is pictured in a red and white gingham dress with matching roses, rose wine and picnic set around Christchurch Quay in Dorset September 1

To limit the damage caused by humans’ greenhouse gas emissions the paper calls for more control over the massively booming global population, currently increasing by over 200,000 people a day.

Adding that population control would have to be approached with methods that ensured social and economic justice in order to sustain a morally and ecologically sound world.

The global group is led by William J. Ripple professor of ecology at Oregon State University and researcher Christopher Wolf.

Professor Ripple said: ‘Despite 40 years of major global negotiations, we have continued to conduct business as usual and have failed to address this crisis.

‘Climate change has arrived and is accelerating faster than many scientists expected.’

WHAT STEPS CAN WE TAKE TO LIMIT CLIMATE CHANGE?

The paper pointed to six areas in which humanity should take immediate steps to slow down the effects of a warming planet.