Duck Dynasty alum Sadie Robertson and her husband Christian Huff are expecting their first child together.

The Louisiana native, 23, shared the happy news on her Instagram page on Sunday, along with a photo of the herself clutching four sonogram pictures as her hubby had both of his arms wrapped around her.

‘SCREAMING WITH EXCITEMENT TO SHARE THIS NEWS!’ the former reality star began in her lengthy caption before she directed her words directly to their pending bundle of joy. 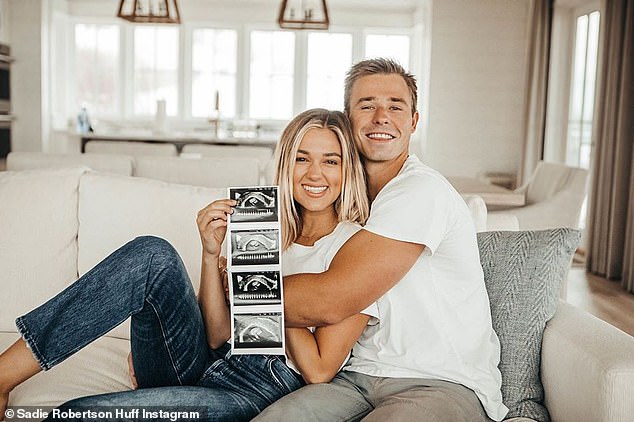 ‘Baby we already adore you. What I’ve learned from you already – God has still been creating. ‘God is still believing in us. God is still bringing forth LIFE. Hope is still to come,’ she contined.

‘How we choose to live will affect your generation to come, so I want to live my life to the fullest and be loud for you.’

‘We are thankful to be carrying a miracle into the world!’ she added.

‘Baby, you are already loved and already believed in. Can’t wait to welcome you into the world with all the joy, hope, and excitement you will bring into the life of so many by your miraculous incredible life.’ 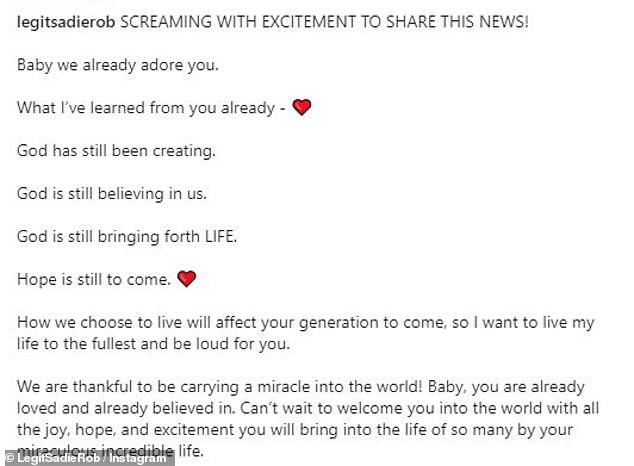 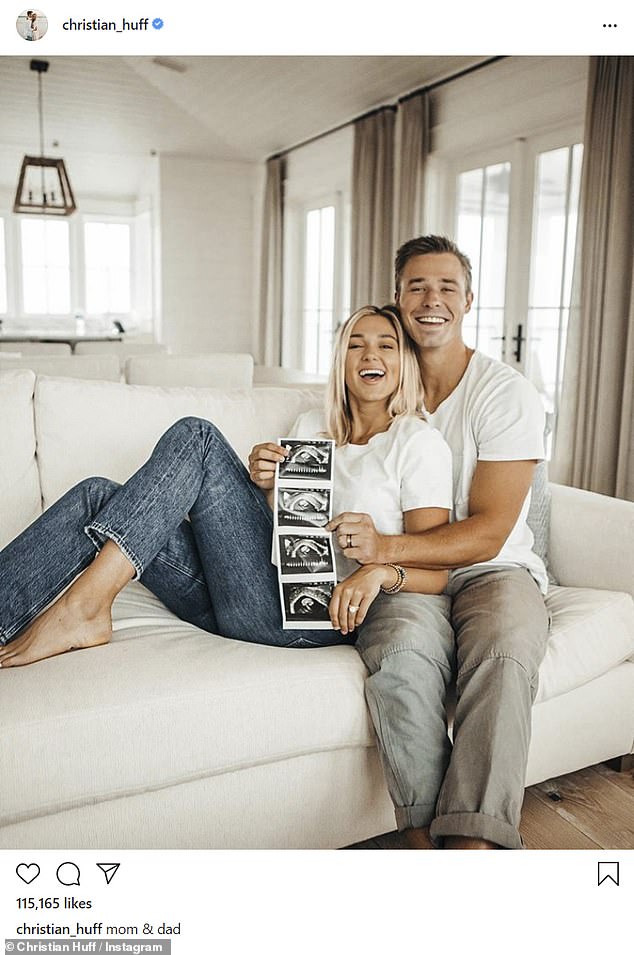 Excited: Huff posted a similar photo on Instagram of the couple laying back on their couch as they both held on to the sonogram snaps

Huff posted a similar photo on Instagram of the couple laying back on their couch as they both held on to the sonogram snaps.

‘mom & dad,’ he wrote in the caption in a reference to their pending parenthood.

Robertson showed her sense of humor when she quickly commented on his post by writing,’MOM AND DAD WHAT!!!!’ 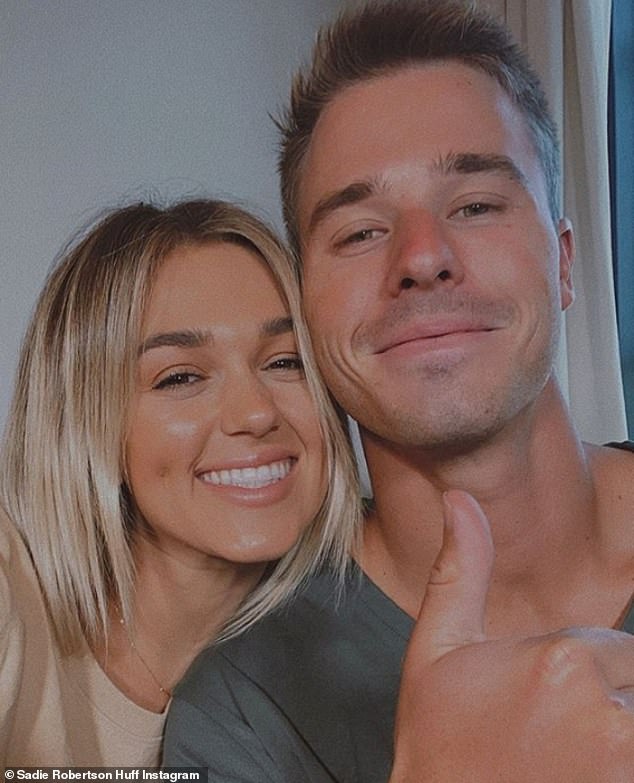 Reality world: Robertson starred on Duck Dynasty during its 11 season run from 2012 to 2017

Robertson, who also appeared on season 19 of Dancing With The Stars in 2014, and her husband started dating in September 2018.

They went on to announce their engagement in June 2019, and eventually got married on her family’s farm in West Monroe, Louisiana, on November 25, 2019 in front of more than 600 guests. 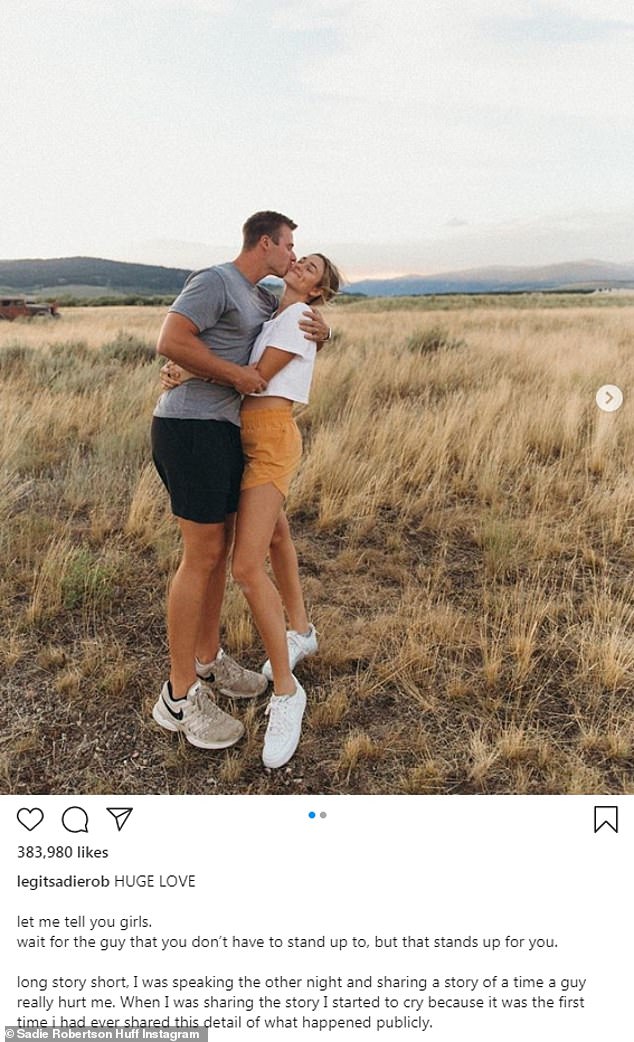 Hitched! The couple tied-the-knot in her family’s farm in West Monroe, Louisiana, on November 25, 2019 in front of more than 600 guests

Shakespeare's Globe among venues to get slice of Culture Recovery Fund