A BRITISH driver has refused a new van after he deemed its number plate was too raunchy for the road.

The customer was shocked to find his new Nissan NV400 was sporting the shocking number plate – which started with BJ69 – when he picked it up Vanarama showroom in Birmingham last week.

Bosses at the leasing firm revealed the customer feared the van was “too rude” before demanding a replacement vehicle.

Andy Alderson, managing director at Vanarama, said: “Every year the DVLA make a song and dance about censoring naughty number plates, but somehow they’ve decided ‘BJ69’ isn’t too much.

“While we’ve got a sense of humour about these things, one of the reasons our customers love Vanarama is because a brand-new van is the best way of making a good impression with clients.

“Given this, we can understand that some customers might have some concerns about a number plate that looks like a quote from the Kama Sutra.

Shockingly, according to the DVLA, the crude number plate has been approved for the road.

A spokesman for the DVLA said: “The vast majority of registration numbers are made available for general issue and for sale.

“We consider the series in question to be suitable for release.”

The incident comes after more than 600 different number plate combinations were banned from the UK earlier this year.

Swear words, sex acts and racist slurs are all typically removed each year, along with childish jeers and crude nicknames.

Any plates that feature SEX, BUM or ASS at the end are automatically excluded every year.

World’s first 3D printed hypercar that costs £1.3million and has a top speed of 268mph 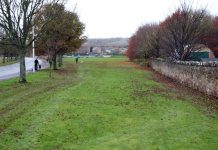