On the thankfully rare occasions I have to take a painkiller, I give myself a little pep talk before I swallow them. I tell myself that I will soon start to feel the impact, and then I imagine the chemicals surging through my system, doing good.

That’s not as weird as it may sound, and it’s something I’ve been doing since making a science documentary where we showed that you can reduce back pain using nothing more than the power of the mind.

Back pain is incredibly common. Ever since our ancient ancestors came down from the trees and decided it would be a good idea to walk upright, humans have been plagued by it. As we’ve got older, fatter and less active, rates have soared. 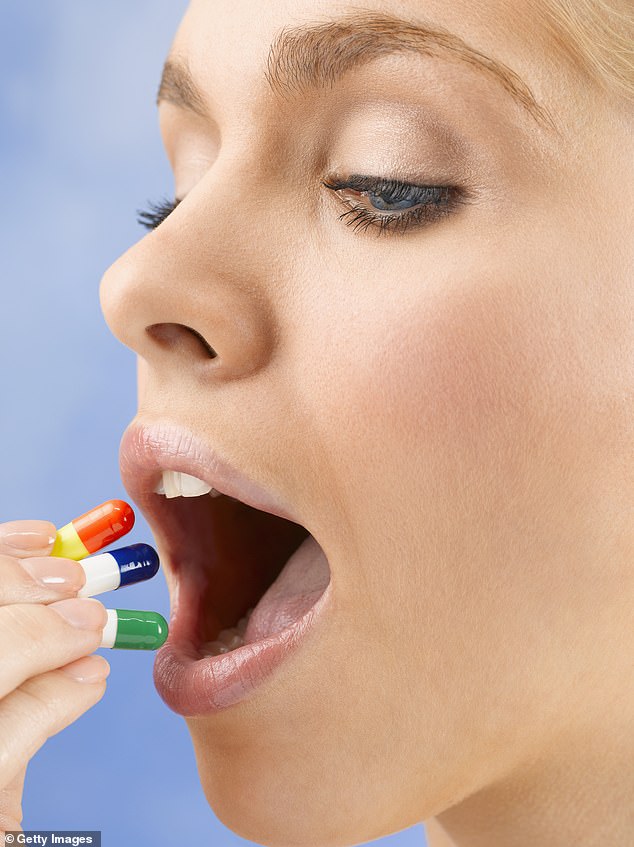 On the thankfully rare occasions I have to take a painkiller, I give myself a little pep talk before I swallow them

Lockdown hasn’t helped. Working from home crouched over computers, or lounging for hours on sofas, has had a bad effect. In fact, more than half of those who responded to a recent survey by the Institute of Employment Studies said they experienced back pain at least once a week.

Prevention is obviously better than cure, but what if you already suffer from chronic back pain? Well, there is an approach that is very cheap and works almost as well as painkillers, and is virtually side-effect free.

It involves tapping into the power of the placebo effect. Oddly enough, it can work even if you know you’re taking a placebo.

While placebos usually come in pill form (with no active ingredients), some patients have benefited from placebo surgery — where, as part of a trial, they were anaesthetised and cut open, but then the surgeon did nothing more than sew them up.

I first became interested in their powerful treatment potential a couple of years ago when making a documentary on back pain.

Summer’s truly over, but by now your vitamin D levels should be well topped up — the ‘sunshine vitamin’, as it’s known, is produced in our skin in response to sunlight, and from late March to the end of September most people have enough from being outdoors.

Yet during the making of my recent TV series, Lose A Stone In 21 Days, where I helped people shed their ‘lockdown pounds’, I was startled to discover that most of our volunteers’ levels of vitamin D were low, or borderline.

Two recent studies have highlighted its potential significance in Covid-19 — those hospitalised with the infection who have low levels of vitamin D are more likely to suffer life-threatening complications or die.

Unfortunately, you can’t tell, without a blood test, whether your levels are healthy.

Current advice is that everyone should consider taking a daily supplement containing 10mcg of vitamin D during the autumn and winter months. And this year that advice seems particularly pertinent.

To test the power of the placebo effect in everyday life, we recruited more than 100 people from Blackpool (a town where one in five people is blighted by back problems), all of whom had suffered chronic back pain for years.

The recruits were told they were taking part in a trial during which they might get a placebo or a powerful new painkiller.

What they weren’t told was that they’d all receive placebos, capsules containing only ground rice.

The experiment, carefully designed by Dr Jeremy Howick of Oxford University, an expert in placebos, used pills in a shade of blue and white — colours shown to have the greatest painkilling effect. After three weeks, more than half the patients reported a significant drop in pain and improvement in disability. In fact, the results were so impressive they were recently published in a health journal.

So what’s going on?

Dr Howick is keen to point out that people respond to the placebo effect not because they are gullible or making up symptoms. In fact, the main characteristic of people who respond to placebos is that they’re ‘open to new experiences’.

And it goes deeper than that. We know that if you take a placebo and expect a positive outcome, this causes your body to release morphine-like substances, natural opioids. Now German researchers have also found that people who respond best to a placebo produce higher levels of certain proteins in the blood, some of which are known to help control inflammation. Chronic inflammation, where the immune system is in a state of constant high alert, is not only linked to conditions such as heart disease and cancer, but also increases chronic pain.

This new study raises the possibility of a test that shows if you’re likely to respond to a placebo and harness its benefits, without the side-effects linked to most drugs.

But don’t expect your GP to be offering this option any time soon. 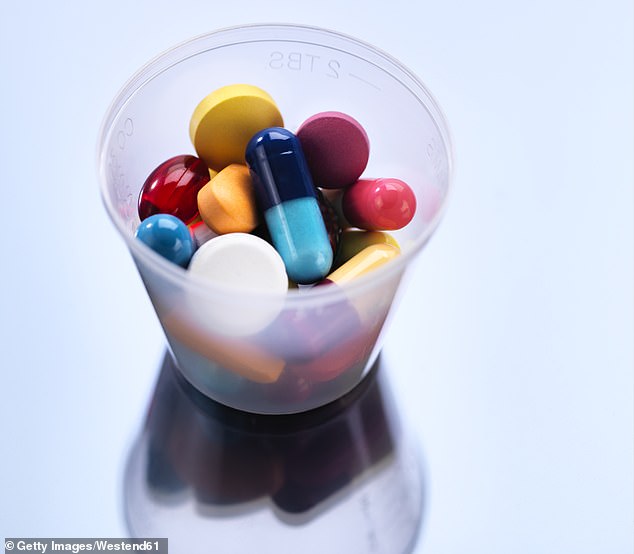 While placebos usually come in pill form (with no active ingredients), some patients have benefited from placebo surgery — where, as part of a trial, they were anaesthetised and cut open, but then the surgeon did nothing more than sew them up

That’s because while extensive research shows that placebos have powerful benefits, with few side-effects, doctor are not allowed routinely to deceive their patients. One option being explored would be to tell patients they’re getting nothing but dummy pills.

In my experiment with Dr Howick, some volunteers chose to keep taking our placebo even after we’d revealed it was only rice.

If you want to try to harness the placebo effect, you need a good relationship with your doctor, as this by itself has been shown to produce a very powerful effect.

And take a moment before you swallow your next painkiller. That’s why, when I take paracetamol for a headache I always tell myself ‘this really is going to help’, because I do believe this enhances the chance it will work.

Not so fast with the cakes, clock-watch dieters!

Time restricted eating (TRE) — also known as ‘intermittent fasting’ — has become very popular, particularly with celebrities such as Jennifer Aniston. The idea is that confining your eating to a set time window will, among other things, help you lose weight. A popular approach is 16:8 — fasting for 16 hours, followed by an eight-hour window for eating.

There have been quite a lot of animal and human studies showing benefits from doing TRE, so a while ago I decided to give it a go. But I found 16:8 impossible to stick to, so have settled on a more moderate version, 12:12, where I try to stop eating by 8pm and not eat again until after 8am.

I find this stops me snacking late at night and helps to keep me trim.

But as the Mail reported this week, for 16:8 devotees there has been some disappointing news. A new U.S. study, which involved 116 overweight or obese people randomly allocated to eat normally or follow the 16:8 approach, found that after 12 weeks the fasting group lost just 2lb, only a little more than the control group.

Both groups ended up eating roughly the same amount of calories, though those doing TRE seem to have consumed less protein, which could explain why they also lost more muscle.

The moral of this is that when it comes to fasting, longer is not necessarily better.

And it also matters what and how much you eat. I’m afraid that the calories in cakes and biscuits — even if eaten only during an eight-hour eating window — will still add up.

Dementia warning – does this describe where you live? You may be at an increased risk