GOOD Morning Britain’s Dr Hilary Jones has called for the next stage of the roadmap out of lockdown to be delayed as he says “things are getting worse”.

Prime Minister Boris Johnson previously stated that the next set of restrictions to be loosened would be on June 21, with bigger events being able to take place and the use of face masks no longer being necessary.

But the arrival of the Indian variant, which has now made itself the dominant strain in the UK, has contributed to a rise in cases across the country.

In the last week cases have risen by 65 per cent with 5,341 more infections recorded yesterday – raising doubts that “freedom day” can go ahead.

Speaking this morning Dr Hilary said while the UK isn’t seeing a “big peak” in hospitalisations, more people are being hospitalised with Covid-19.

Addressing concerns about the further lifting of restrictions, he told co-host Richard Madeley: “Why would we ease restrictions when things are getting worse, does that not make any sense to anybody?”

“ICU units are pretty busy again and some experts are saying we are already in a third wave.”

Dr Hilary again questioned why the government would continue with the roadmap out of lockdown when the Indian variant is causing so many issues.

Dr Hilary’s comments come after one ex-government adviser said we are already in a third wave of the virus.

Sir David King said an announcement to delay June 21 lockdown lifting should be made “right away” to allow for preparation.

Speaking to Sky News, the former chief scientific adviser to the Government and chair of the Independent Sage Group, said the current Covid-19 figures are “evidence of another wave appearing”.

“Now we’ve been discussing whether or not we’re going into a serious third wave and I don’t think we can possibly wait any longer.

“This is the evidence of another wave appearing.”

Many people had hailed vaccinations as the way out of the pandemic and millions of Brits have now had a first and second dose of their jab.

But millions are still unvaccinated and with new variants appearing, many people have questioned how long the UK can continue to live with restrictions.

Dr Hilary said that lockdowns and restrictions will “continue for as long as it takes”.

He said: “We have to get things under control. Think of all the staff that are working so hard in NHS hospitals across the country. Many are suffering from burn out, taking personal risks, wearing PPE for many many hours.

“Until we get this under control then we are going to have problems going forward.”

Over 40.3 million people have now had their first dose of a vaccine with 27.6 million now also having had a second, but Dr Hilary said it would take more than just vaccines to keep the spread under control.

Three million Brits in 20s can book their jabs from TODAY, Hancock reveals

He said: “We are going to live with it. We need to vaccinate the entire population and we need booster doses.

“It means continuing with social distancing for the time being with mask wearing and hand sanitising and being cautious, because if we are not, we are going back to another wave and we are going to see more variants.”

While he said he understands how hard the pandemic has been for people, these measures will need to continue. 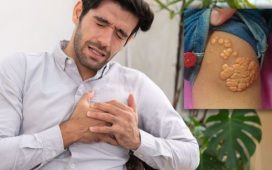 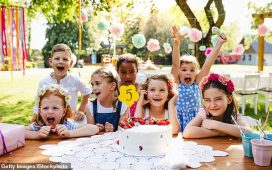 Covid US: Americans 30% more prone to infection during a month where they had birthday in family 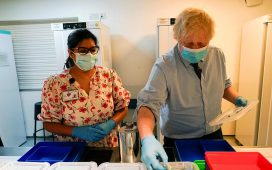 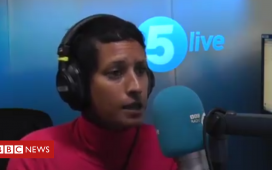 Coil fitting agony: 'My screams were so loud' 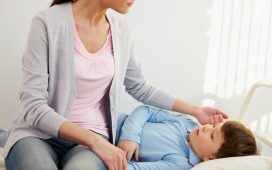